After back-to-back runner-up finishes at Holley LS Fest and LS Fest West last year, ace driver Rich Willhoff was crowned Grand Champion of the 2nd annual Holley LS Fest West with a command performance in Las Vegas. He not only made the podium at every single event except the MSD Drag Race competition, which his car isn’t set up for – he won them all. Joining Willhoff at the top was first-ever Truck Grand Champion Kevin Phillips, who wheeled a 1991 S10 to victory.

“I’m sick of being the bridesmaid,” said Willhoff, who swept the Baer Brakes 3S Challenge, Lateral G/QA1 Autocross, and what he considers the toughest of all, the Racepak Road Course Challenge. “It was a great event. “I love seeing the spectators and having people from all over come up to talk about the car. At LS Fest, you just meet so many cool people. It happens every time.”

Willhoff’s winning machine is a 2006 Corvette with a naturally aspirated high-compression (13:1) 427 under the hood. Willhoff, who lives in the Sacramento, Calif., suburb of Woodland, is an experienced road-race driver. So is his wife, Carrie – she tied for eighth in the final overall standings. “After we did so well here, she gave me the green light to go to LS Fest in Bowling Green in the fall,” he said.

In the Racepak Road Course Challenge, Willhoff, who runs the service department, parts department, and detail department at a GM dealership, got the win over second-place Duke Langley and third-place Jordan Priestly. Carrie Willhoff just missed the podium in fourth place, and Chris Hart rounded out the top five. “The road course has got to be the hardest of them all,” Willhoff said. “It takes the most cajones and skill. There’s more risk, but also more reward. You’ve got a bazillion horsepower and good brakes, and the road course is where you can really shine. For me, it’s always, always been about the road course, so the last few years I’ve tried to focus more on autocross.”

In the Baer Brakes 3S Challenge, Willhoff emerged the winner over a giant field with a final score of 26.174 seconds – 13.103 seconds from the left side and a 13.071 on his last shot at the right side. Glen Barnhouse, driving a 2012 Corvette, was second with a time of 26.512, and Langley was less than a tenth of a second behind him in third with a 26.598. “This has to be the first time I didn’t really make any changes to the car – no sway bar changes, no shock changes at all,” Willhoff said. “It just worked right off the trailer and all I had to do was keep driving it harder and harder.”

What began as a weekend diversion to see what LS Fest West was all about turned into a lucrative payday for Phillips, who became the first driver ever crowned Truck Grand Champion. “When I signed up, the goal was just to meet people and have fun,” said Phillips, who returned to his Oregon home with the $1000 first-place check. “I never made it all the way back to Bowling Green, so this was my first LS Fest. I figured it would be busy, but the whole event went smoothly. There’s just so much going on.”

Phillips’ winning mount is a 1991 S10 with a naturally aspirated 5.3L equipped with a 90mm Holley throttle body. “It was a customer’s truck that broke down,” said Phillips, a mechanic by trade, who’s never owned a car in his life – only trucks. “My dad bought it for $100, we fixed it, and I then bought it from him. I got the LS engine and it’s all just snowballed from there. I’ve done all the work on it myself, and a year and half later, look what it turned into.” 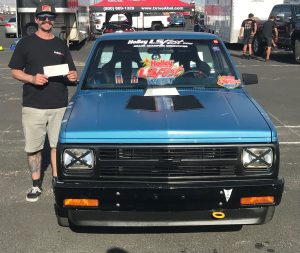 All autocross times for 2018 LSFW autocross can be found here.

All lap times from the Road Course Challenge for LSFW 2018 can be found here.

*If you are seeing your name somewhere after the 29th position, please keep in mind that we do not factor in points above that position. The reason for this is that there is no mathematical way that a competitor could win Grand Champion at that point level, so our formula doesn’t factor in any of the places above position 29. 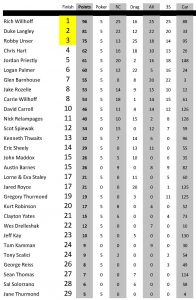 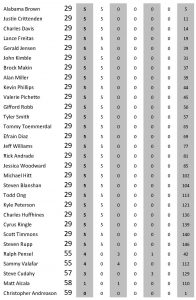 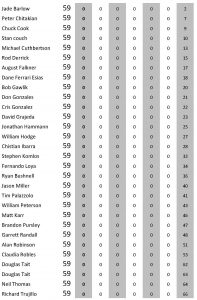 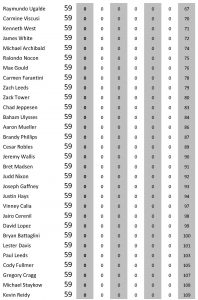 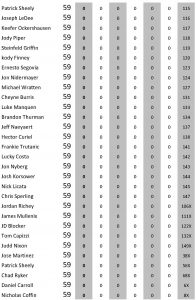