Holley’s all-LS party in Vegas just took place earlier this month. We’re happy to report it was the largest West event by far with 50% participant growth, 1,000 cars and large growth in vendor and spectator attendance. All in all LS Fest brought 17,000 enthusiasts to Las Vegas Motor Speedway for three days of non-stop LS action! Read on to see the event results and check out our daily recap videos in case you weren’t able to make it out this year!

If you haven’t already, click here to check out our daily event coverage and some behind the scenes event prep coverage from our largest LS Fest West ever! 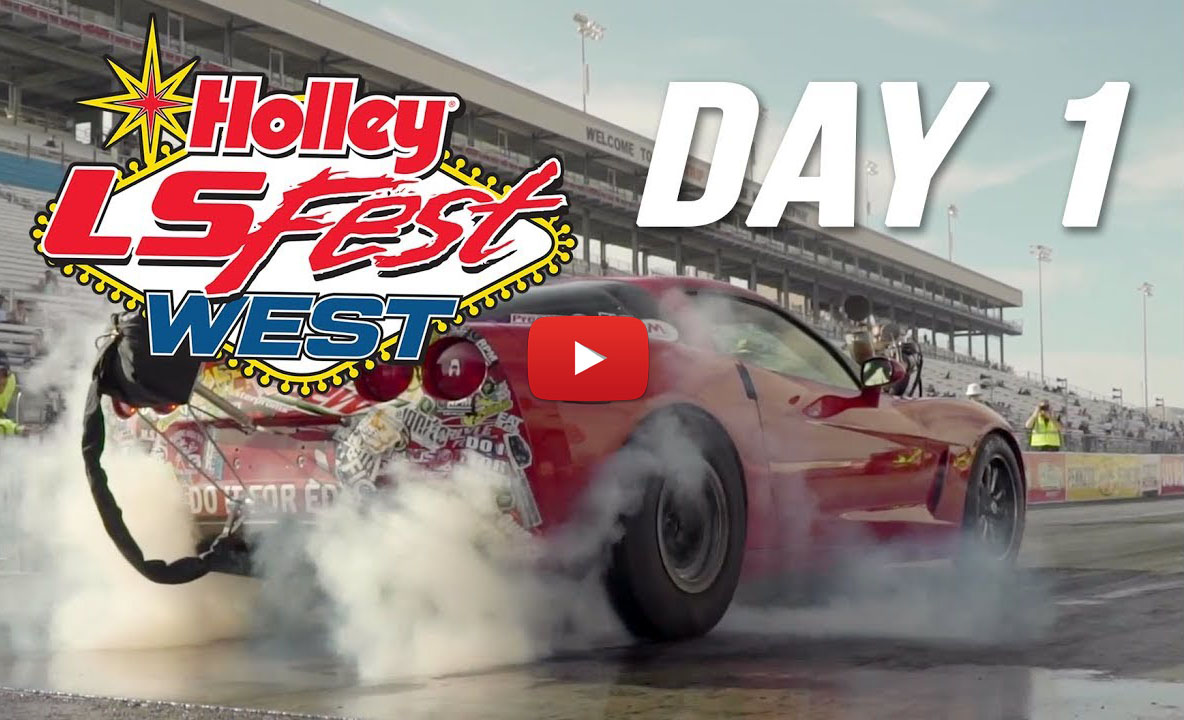 LARRY CHEN PHOTOGRAPHS LS FEST WEST:
Renowned automotive photographer Larry Chen made it out to LS Fest West in Vegas in order to capture as much as he could behind the lens. What he ended up with was nothing short of amazing. Follow the link of click the image below to view the FB album of his work. Who knows? You might very well see yourself or your ride in one of his shots! 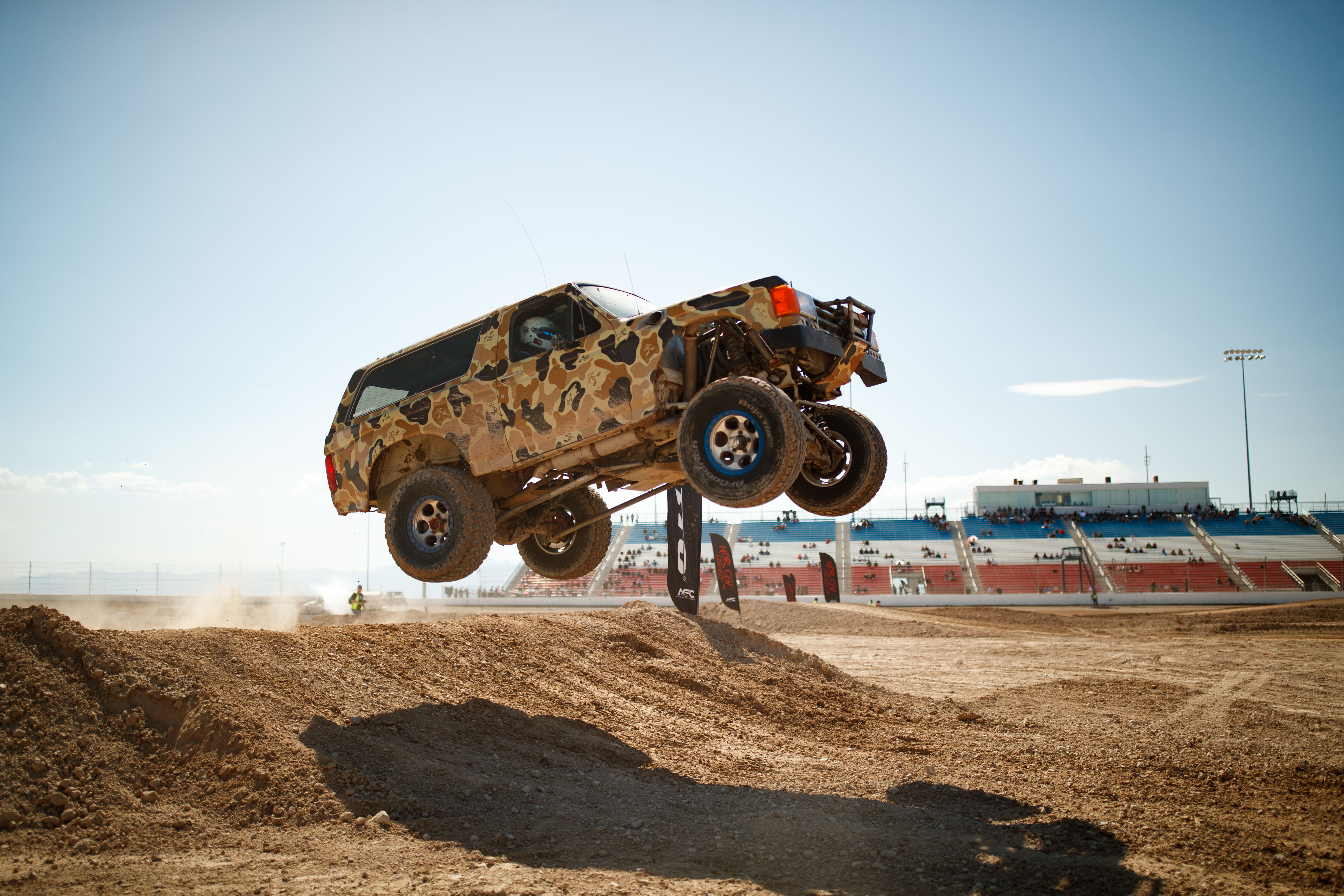 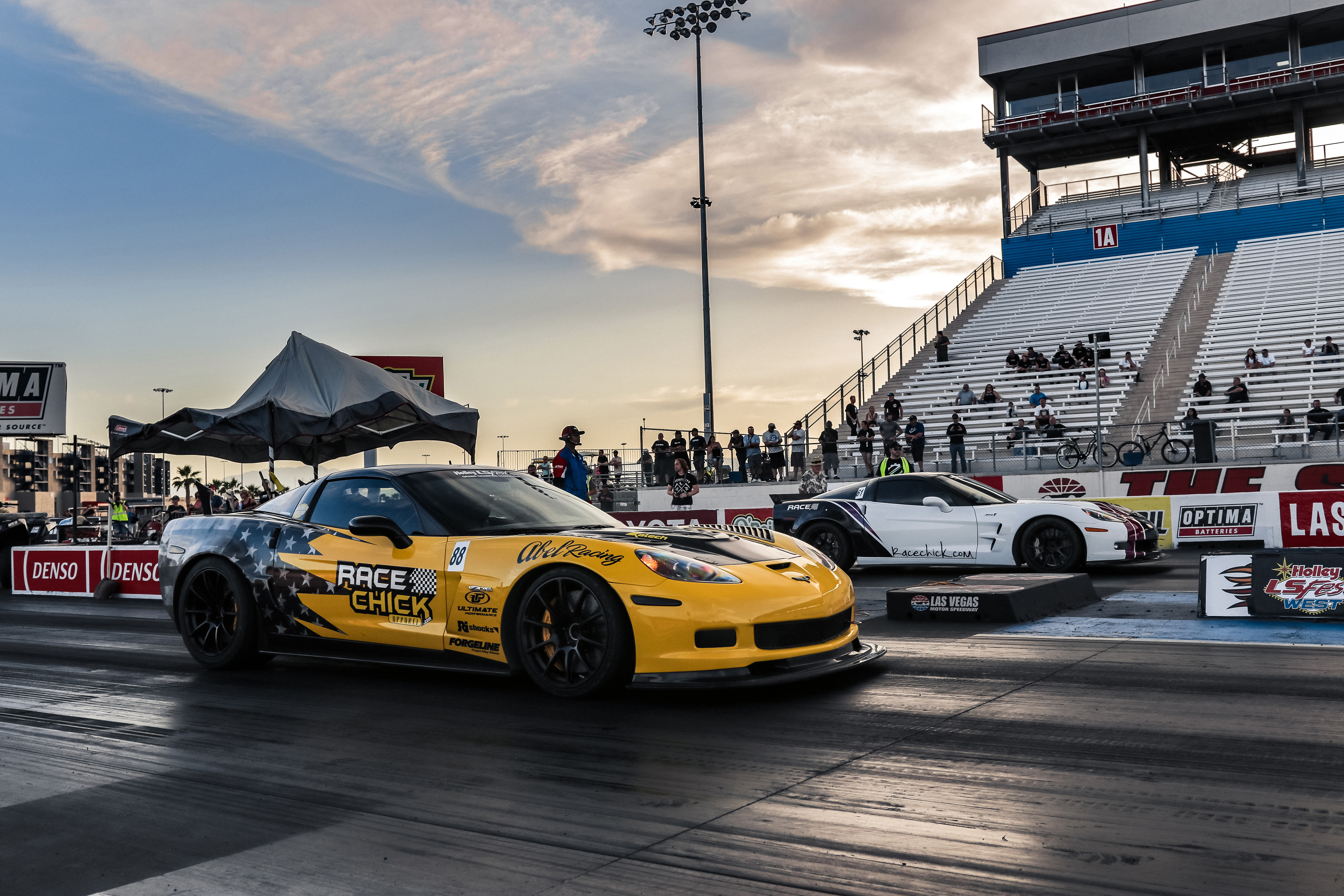 LS Fest veteran Rich Willhoff ruled the roost again at LS Fest West 2019, where he edged out Austin Barnes and Jordan Priestley for the Grand Champion title in a hard-fought battle by just an eight-point span between the three podium finishers. Willhoff came out on top with 399 points and won two of the four categories (Autocross & 3S Challenge), and Barnes won the other two (Road Course & Drag Race). Read more about Wilhoff’s fight behind the wheel to become Late Model Grand Champion here. 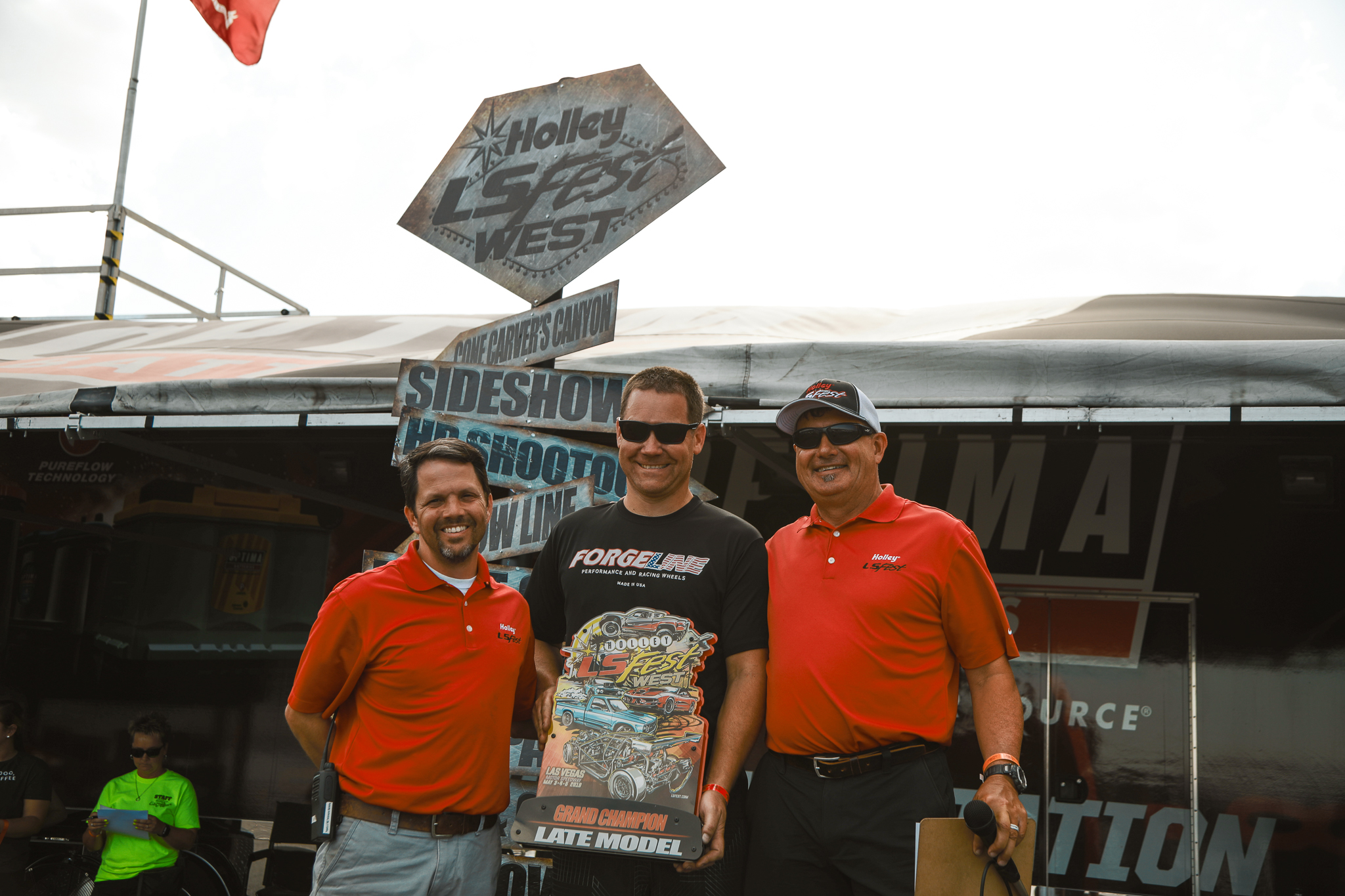 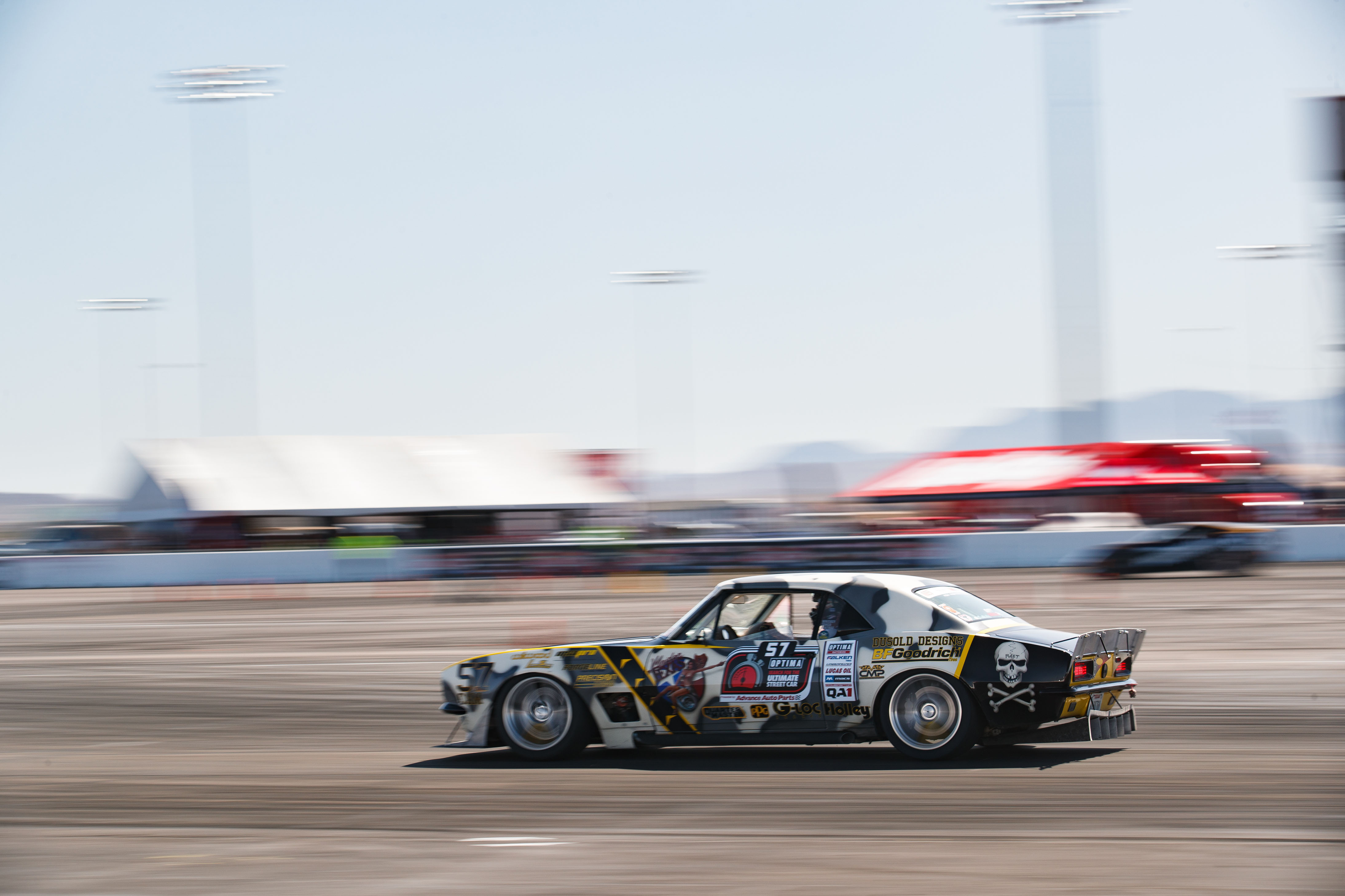 Mike Dusold continued his Grand Champion domination of LS Fest events this year, where he made it a clean sweep, winning several of the Grand Champion disciplines outright – Autocross, 3S Challenge, Road Course, and even Drag Race, where no car was within half a second of his unstoppable twin-turbocharged ’67 Camaro. The talented Texan, who won LS Fest East in Bowling Green, Ky., last year, won the Vintage Grand Champion title with a total of 401 points, building quite a margin over second-place Nick Relampagos, who racked up 363 points with his ’70 Camaro. Joining them on the podium was Greg Thurmond, who collected 354 points to edge out Robby Unser and Matt Alcala for third in the final standings. More about Dusold’s weekend can be found here. 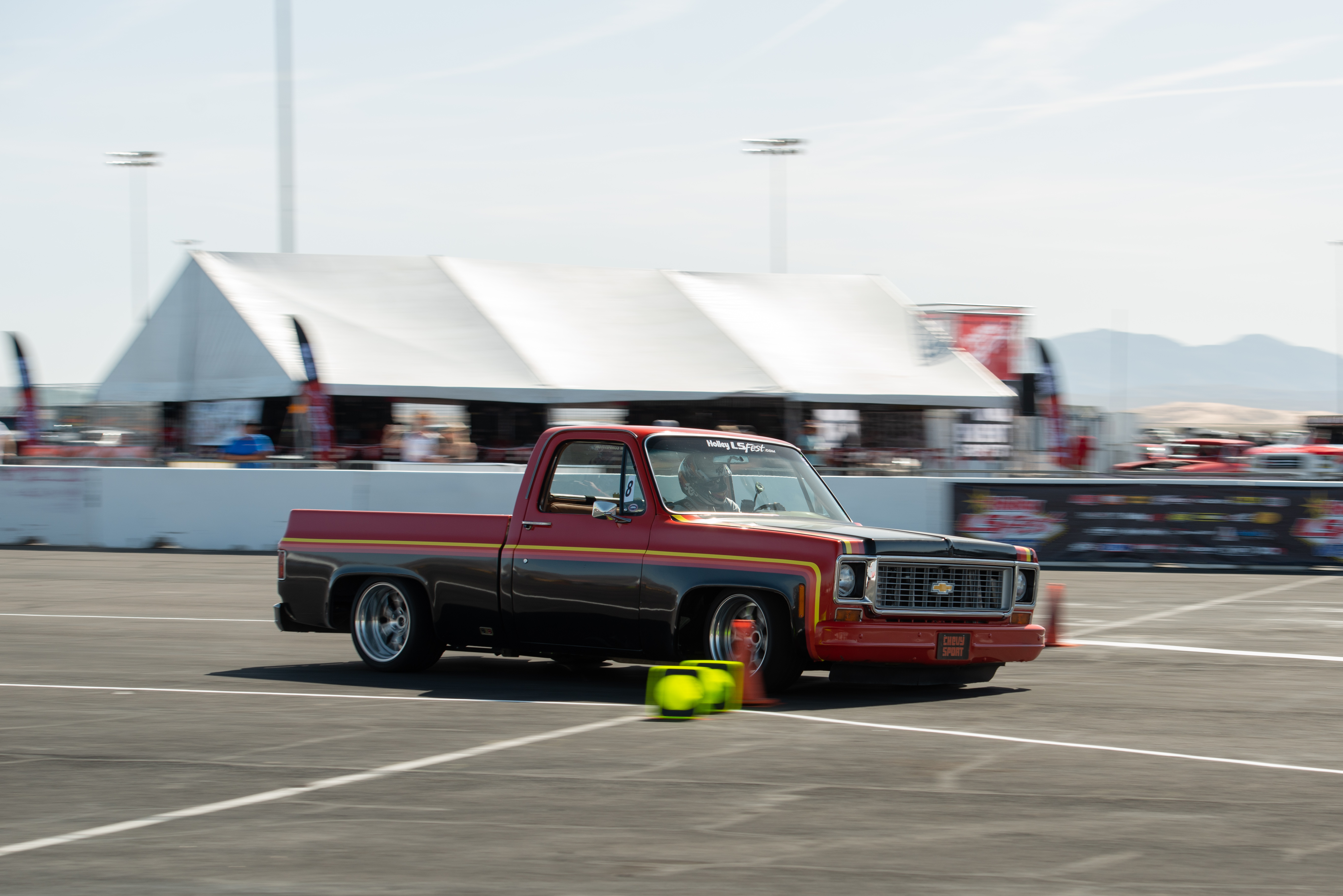 David Carroll drove to the LS Fest West Truck Grand Champion crown with a strong showing in all four disciplines – Autocross, 3S Challenge, road course, and drag racing. He won two of the events, and in the two he didn’t win he placed second over the biggest field of trucks to date. Pat Sheely was relatively close to Carroll in second place (14 points back, 243 to 229), and Rob Phillips took third. All three drove Chevy C10 pickups – Carroll a ’74, Sheely a ’59, and Phillips a ’72. Read more about Carroll’s ascension to Truck Grand Champ here. 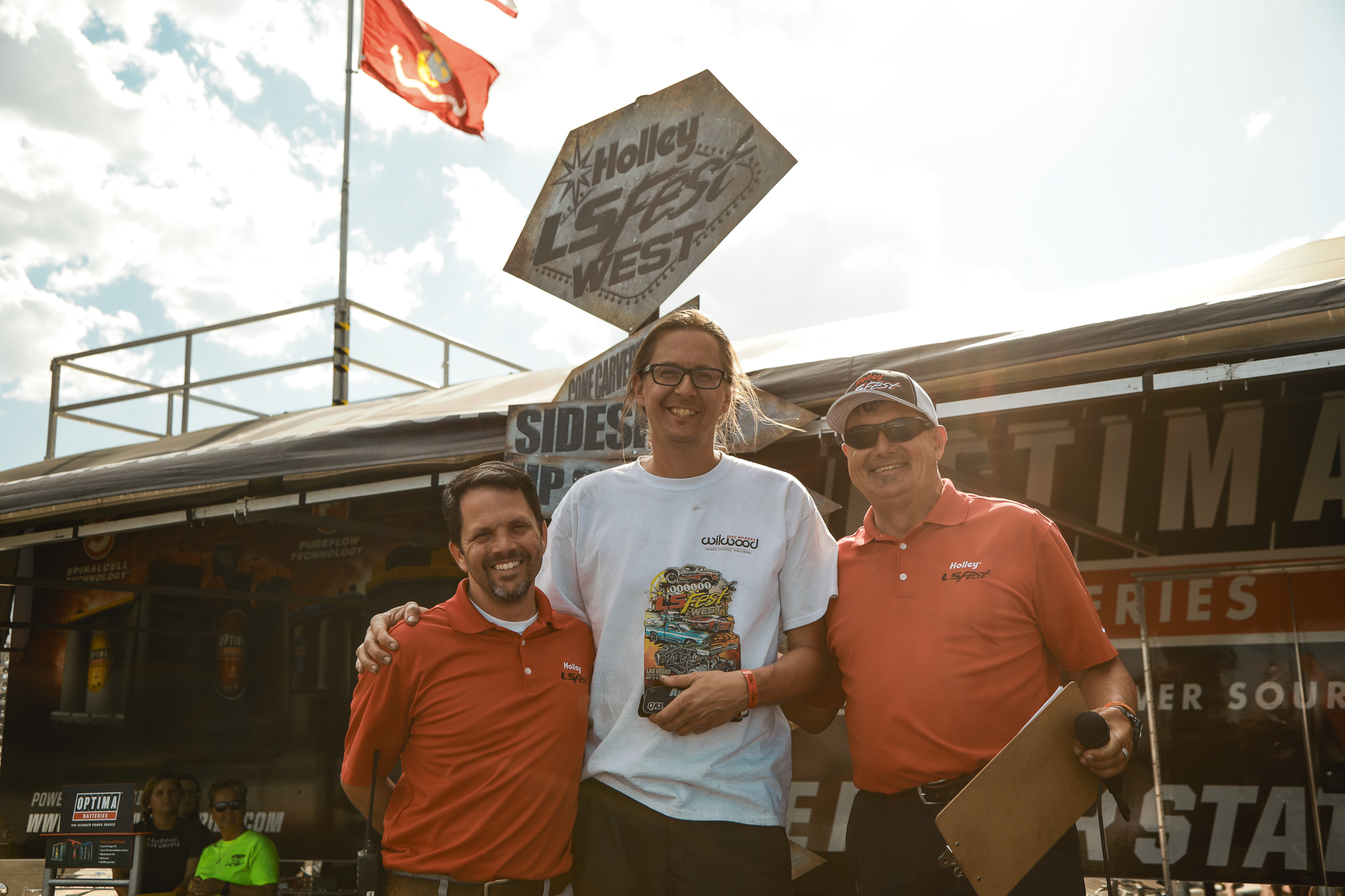 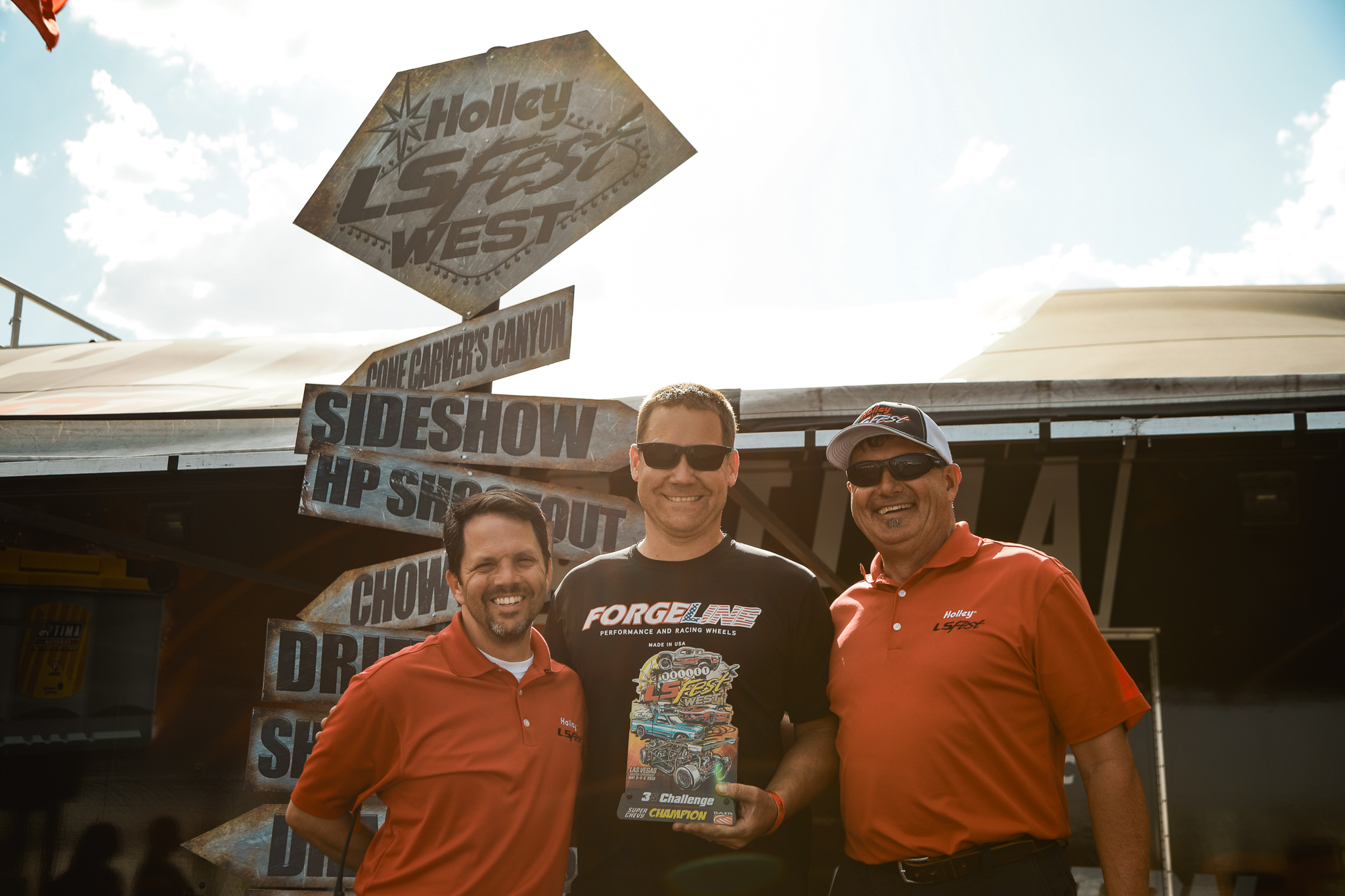 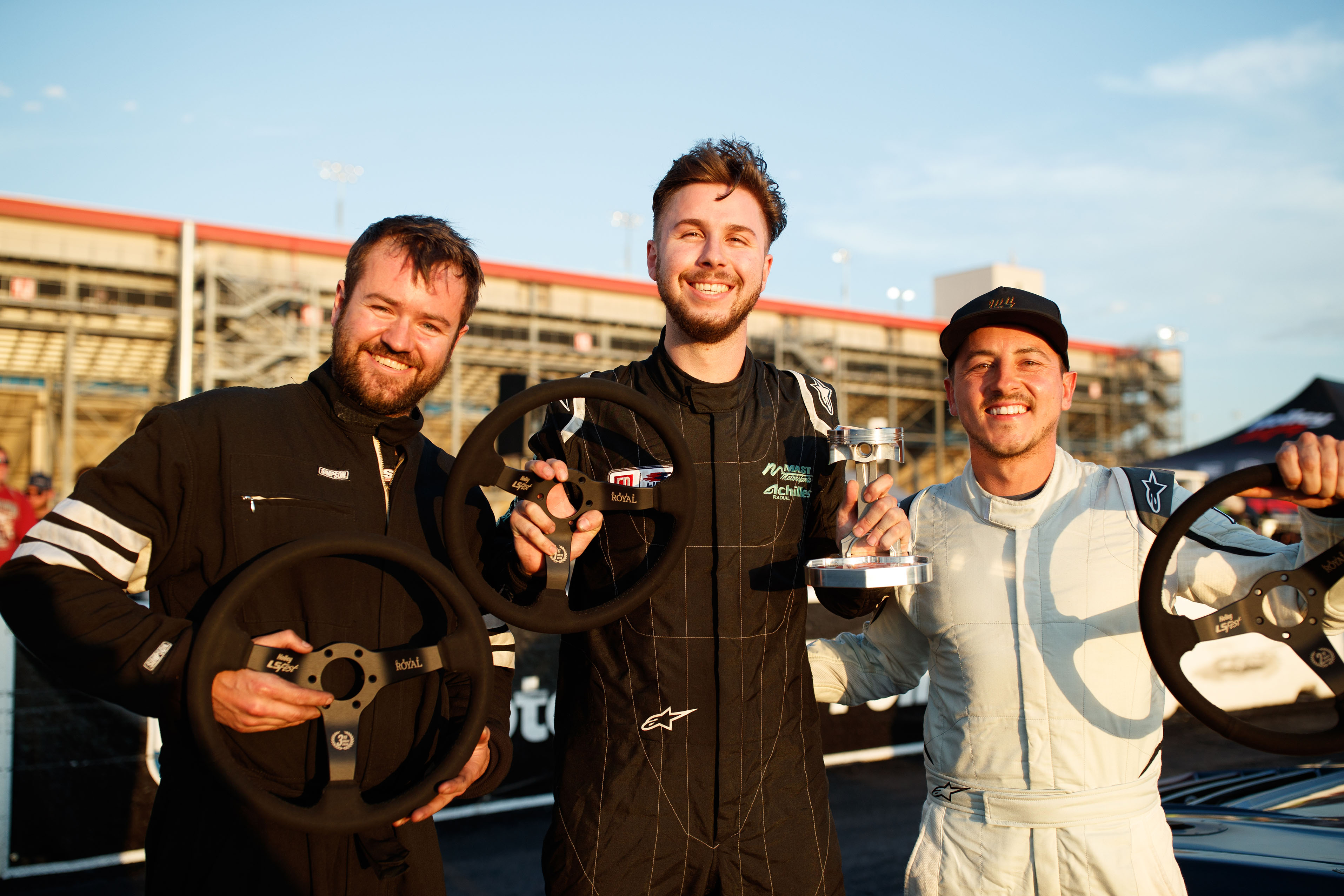 2019 was the largest and most well attended Lucas Oil Drift Challenge in LS Fest history. Thirty drivers attended the third annual event, coming from all across the country. Brandon Schmidt, 1st place winner, hailed from Canada, while Nate Hamilton took the 2nd place trophy home to Texas. Ian McDougal brought it all the way out to Vegas from Denver, Colorado to take home the third place podium. 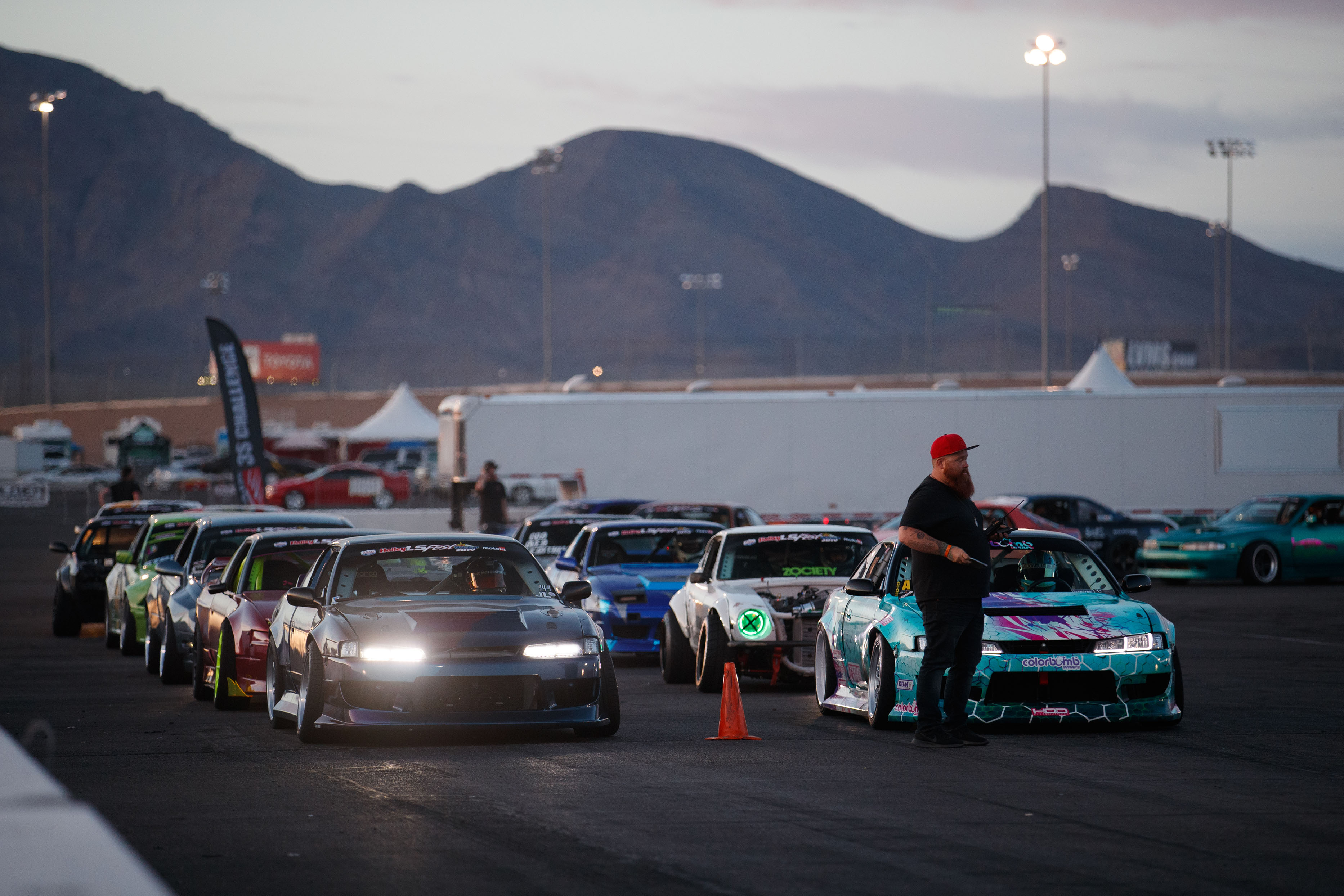 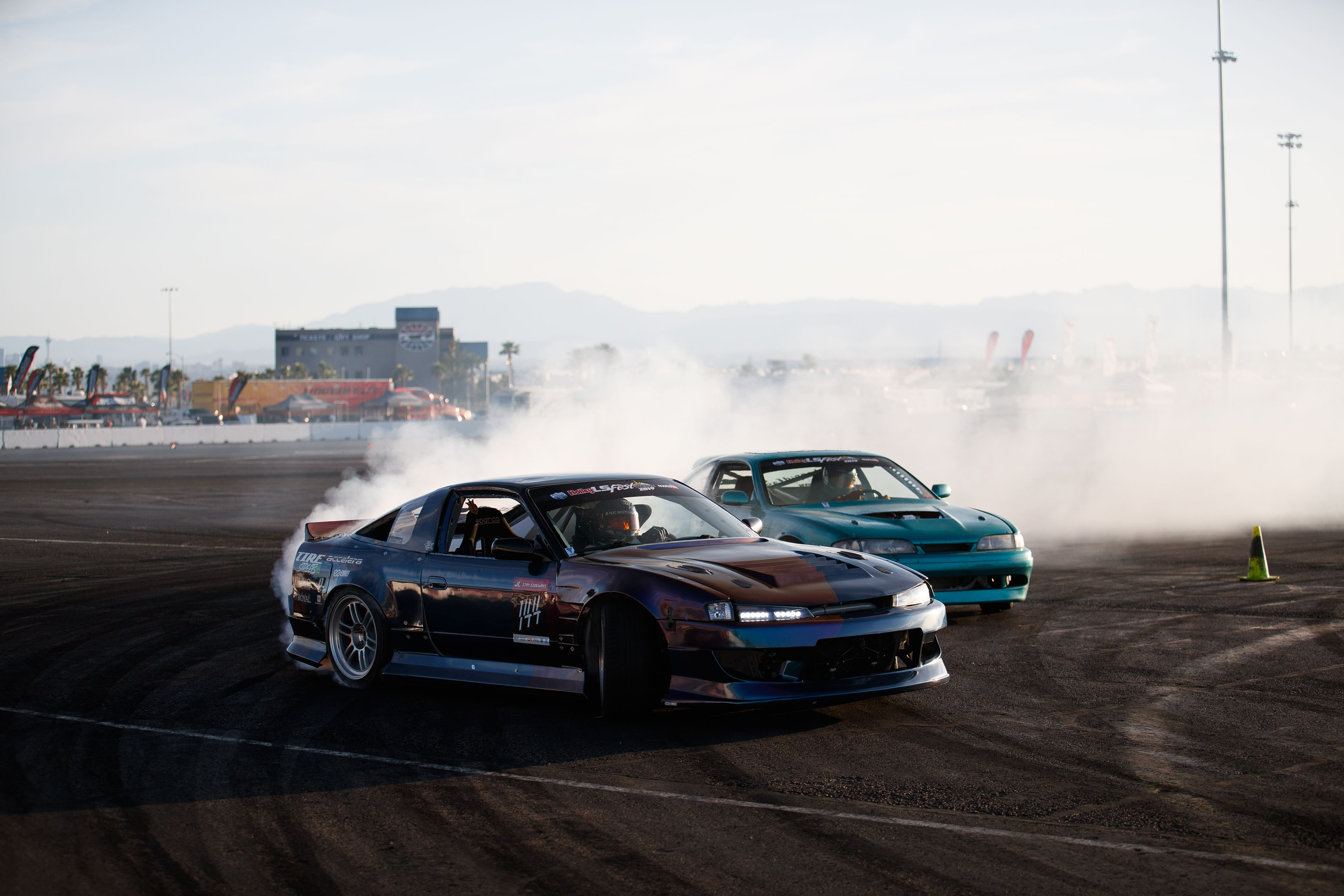 Drag class participation was the highest it has been since the first LS Fest West. A full array of drag classes were available for racers to take advantage of, including a Grudge Test-N-Tune class for those who just wanted to make passes or keep good natured rivalries alive. Click here to see the complete event results including drag tower results for each class. 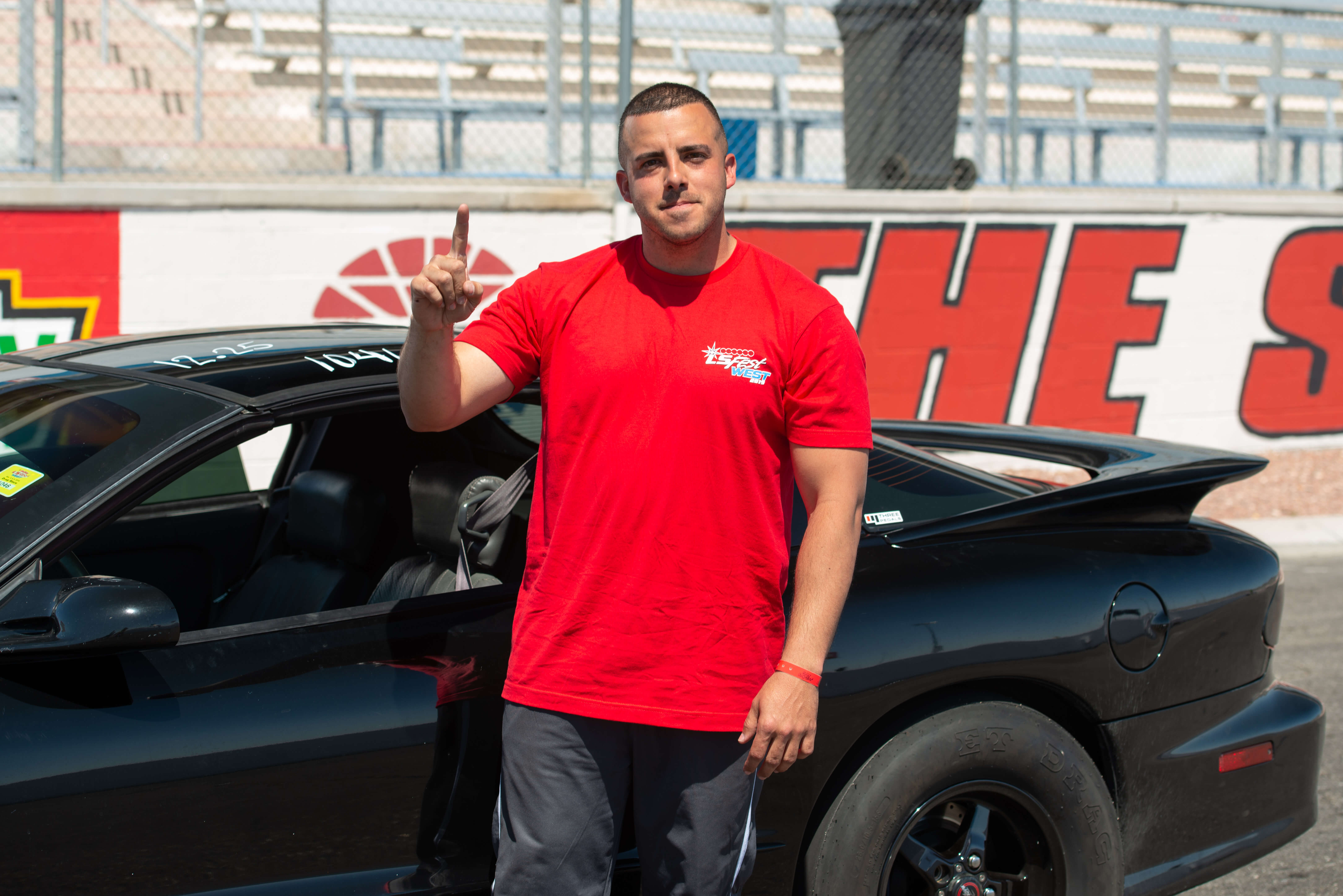 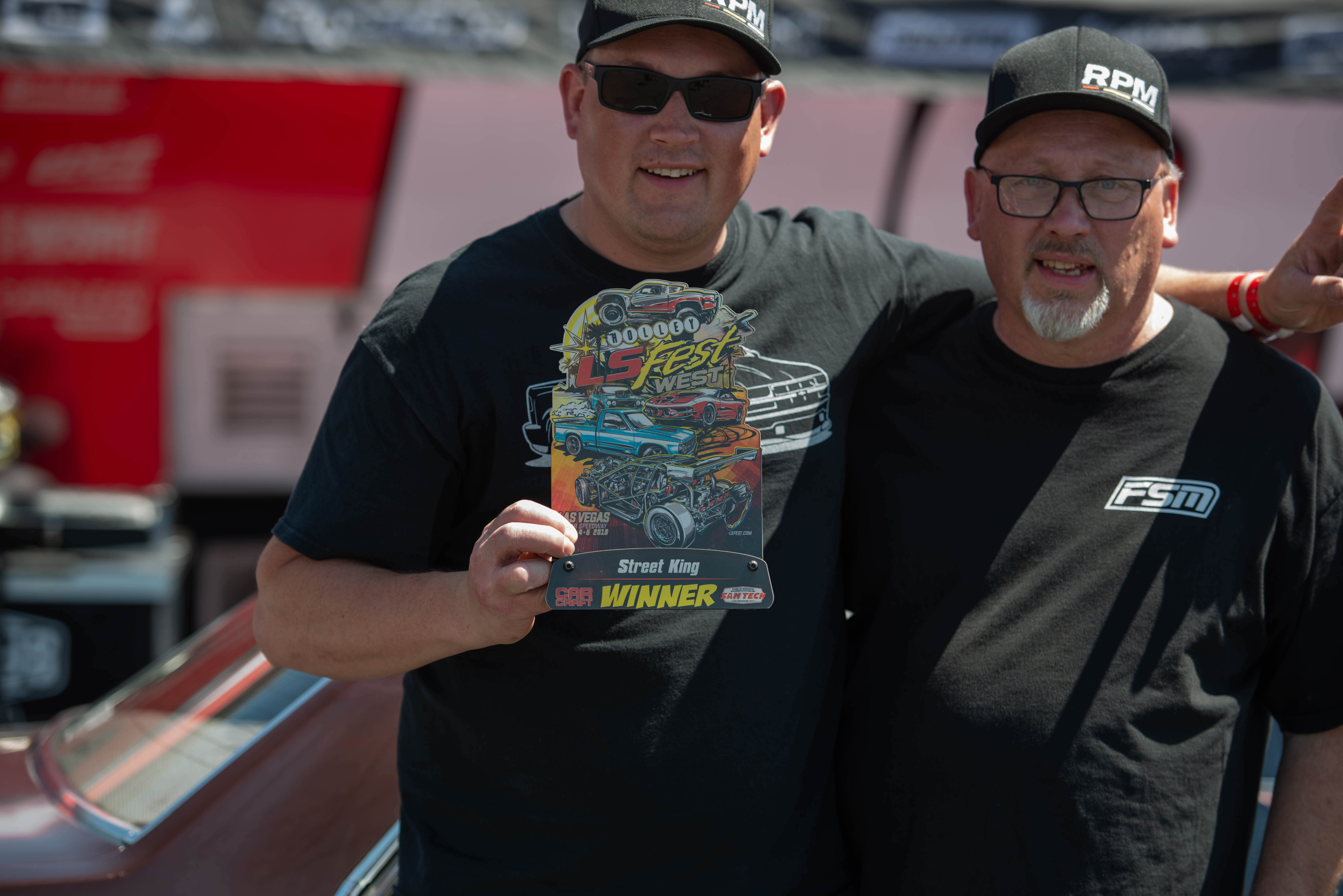 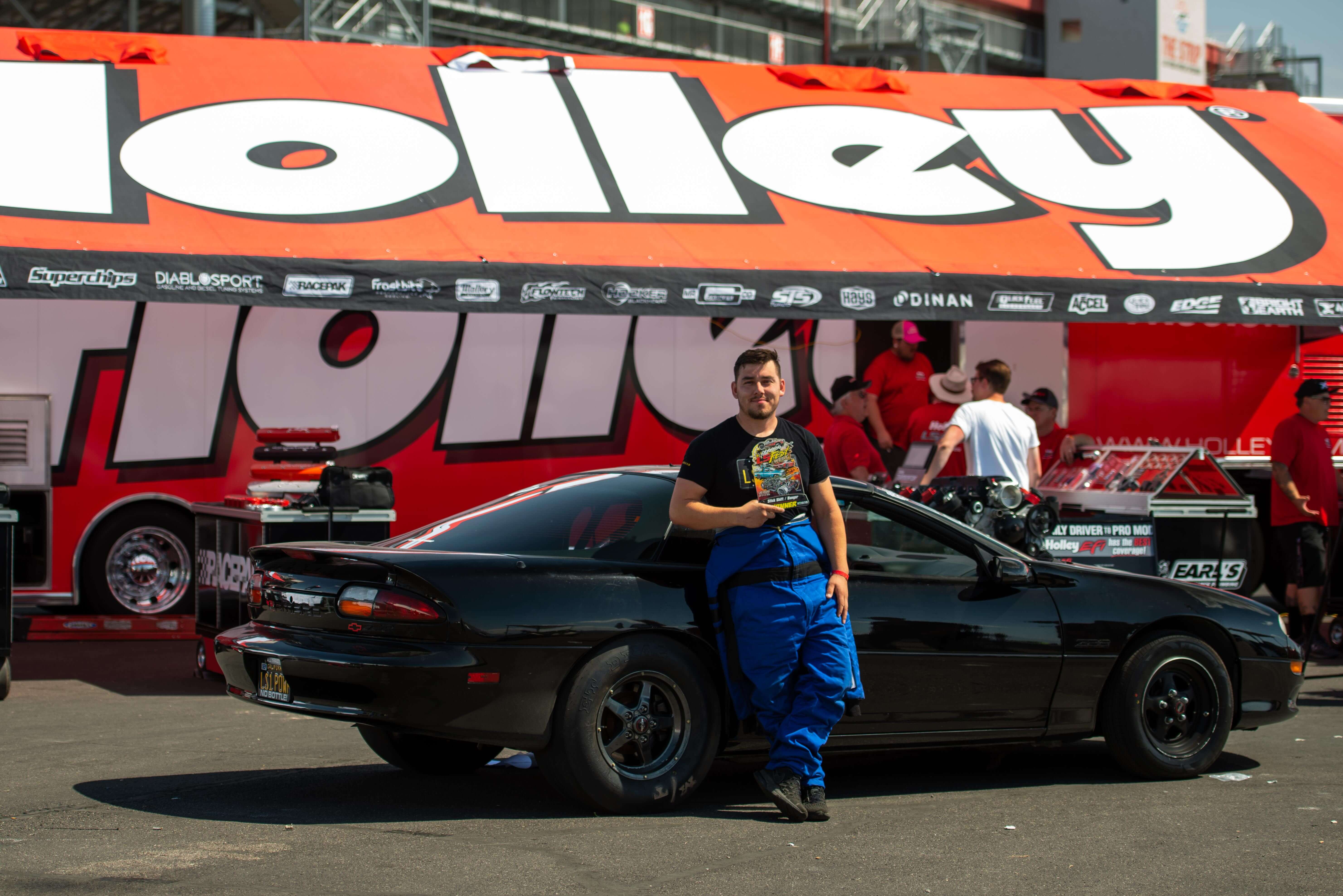 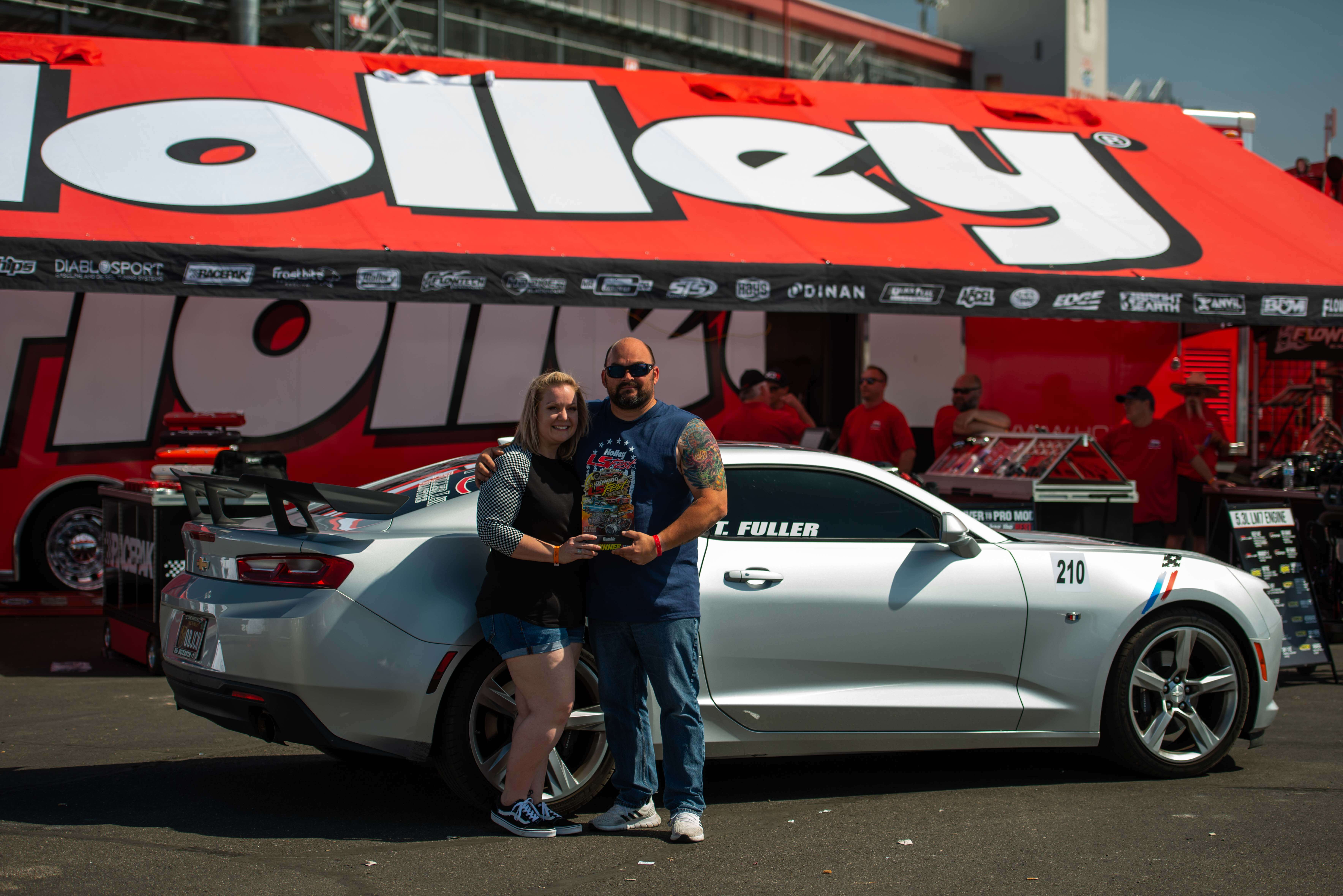 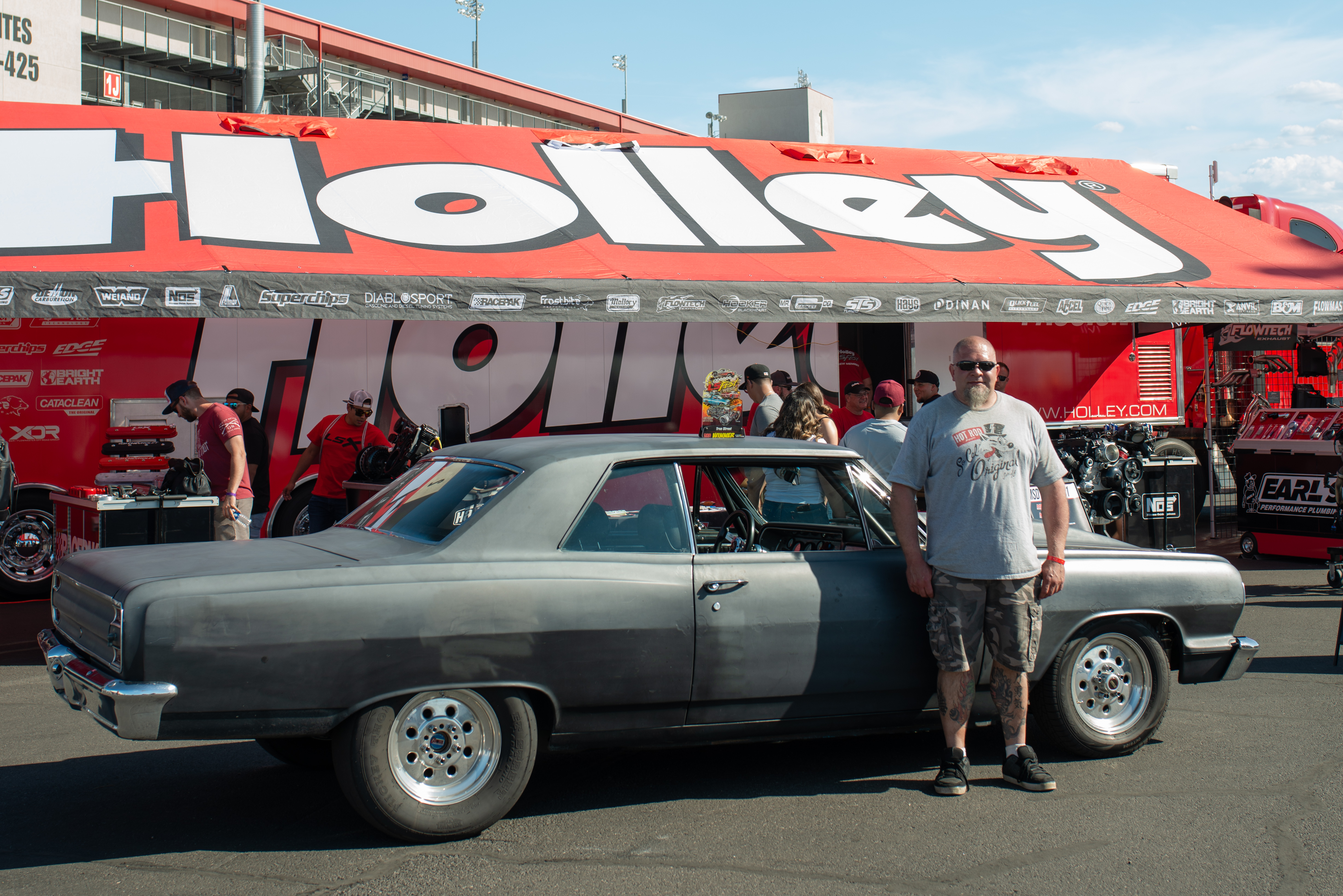 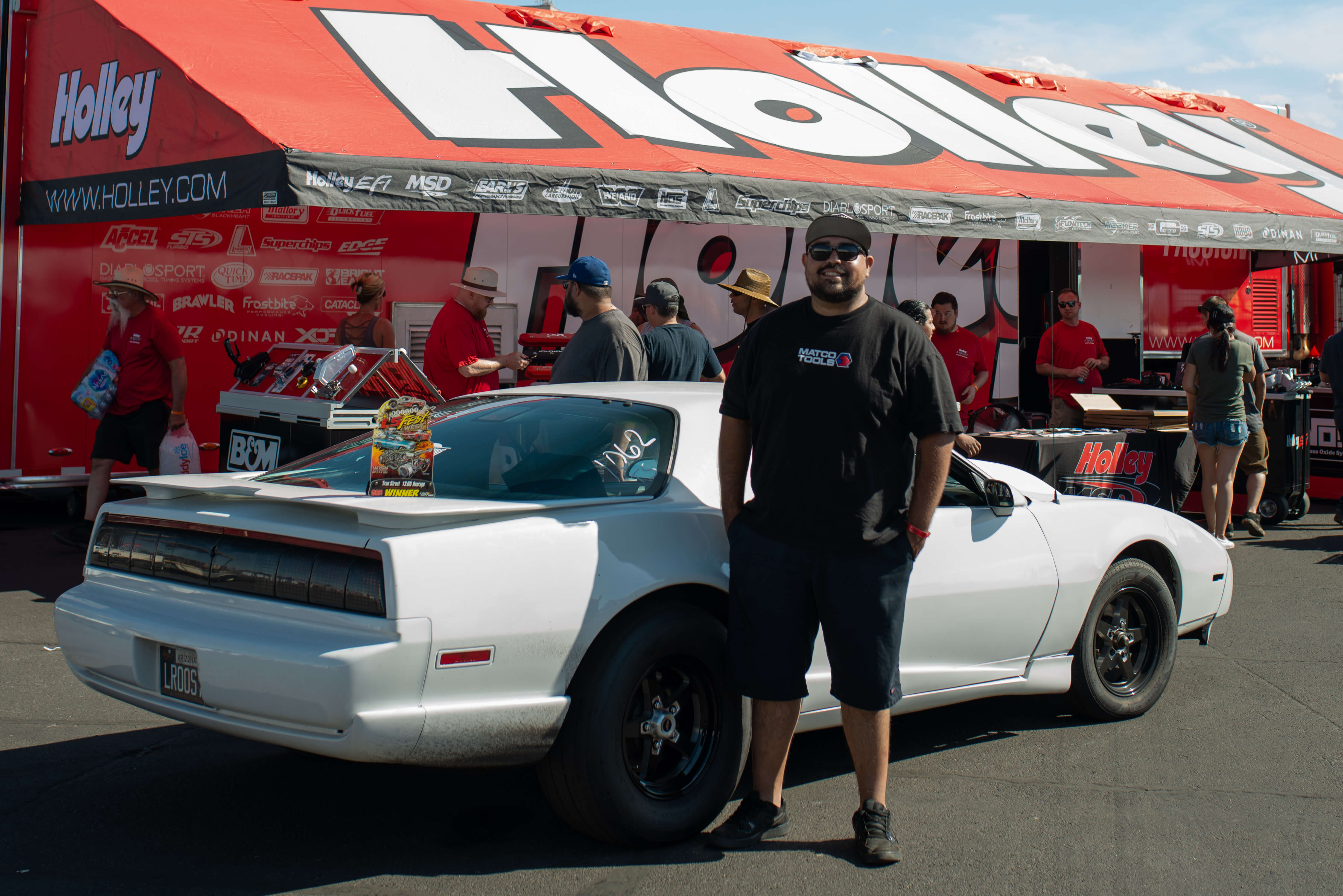 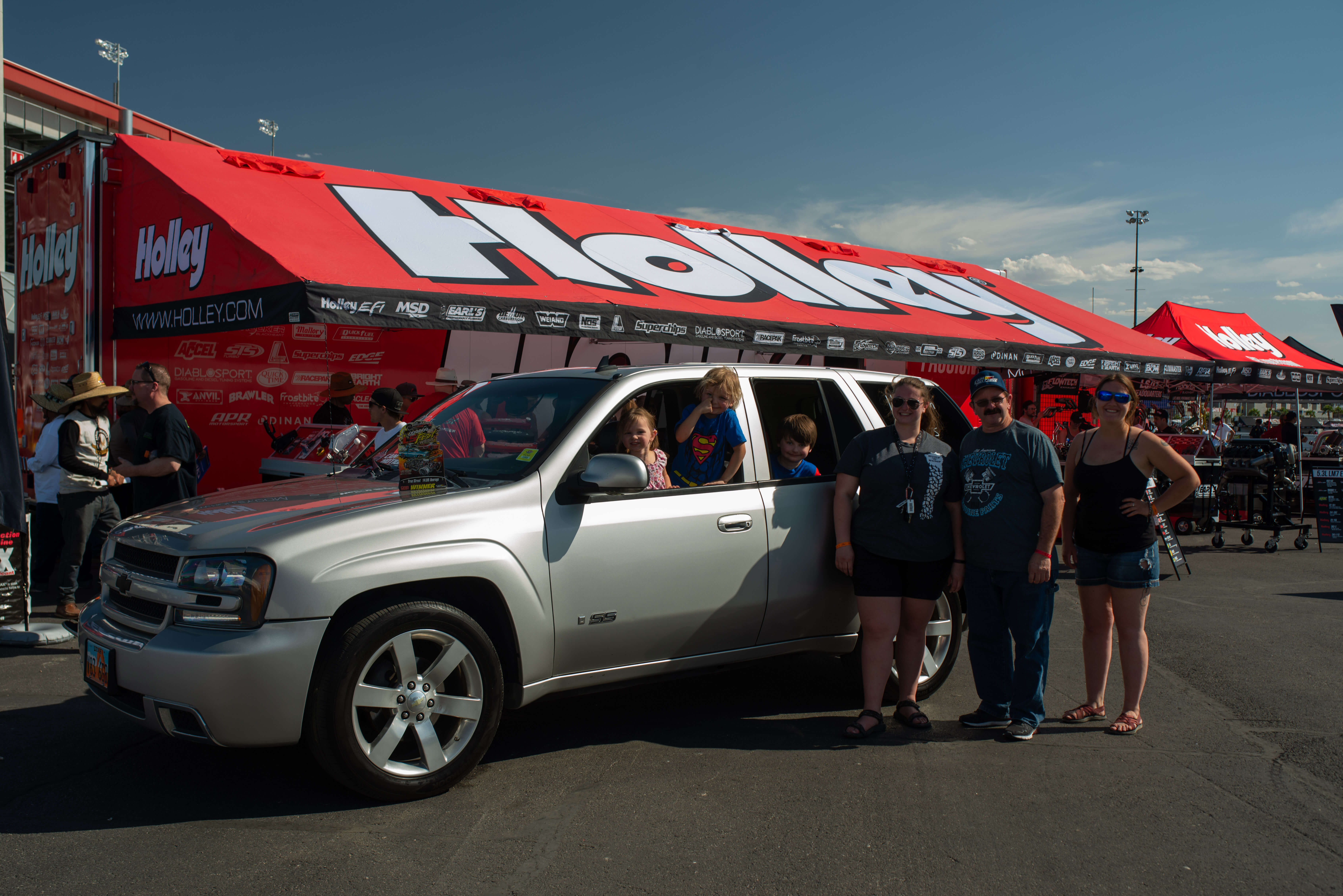 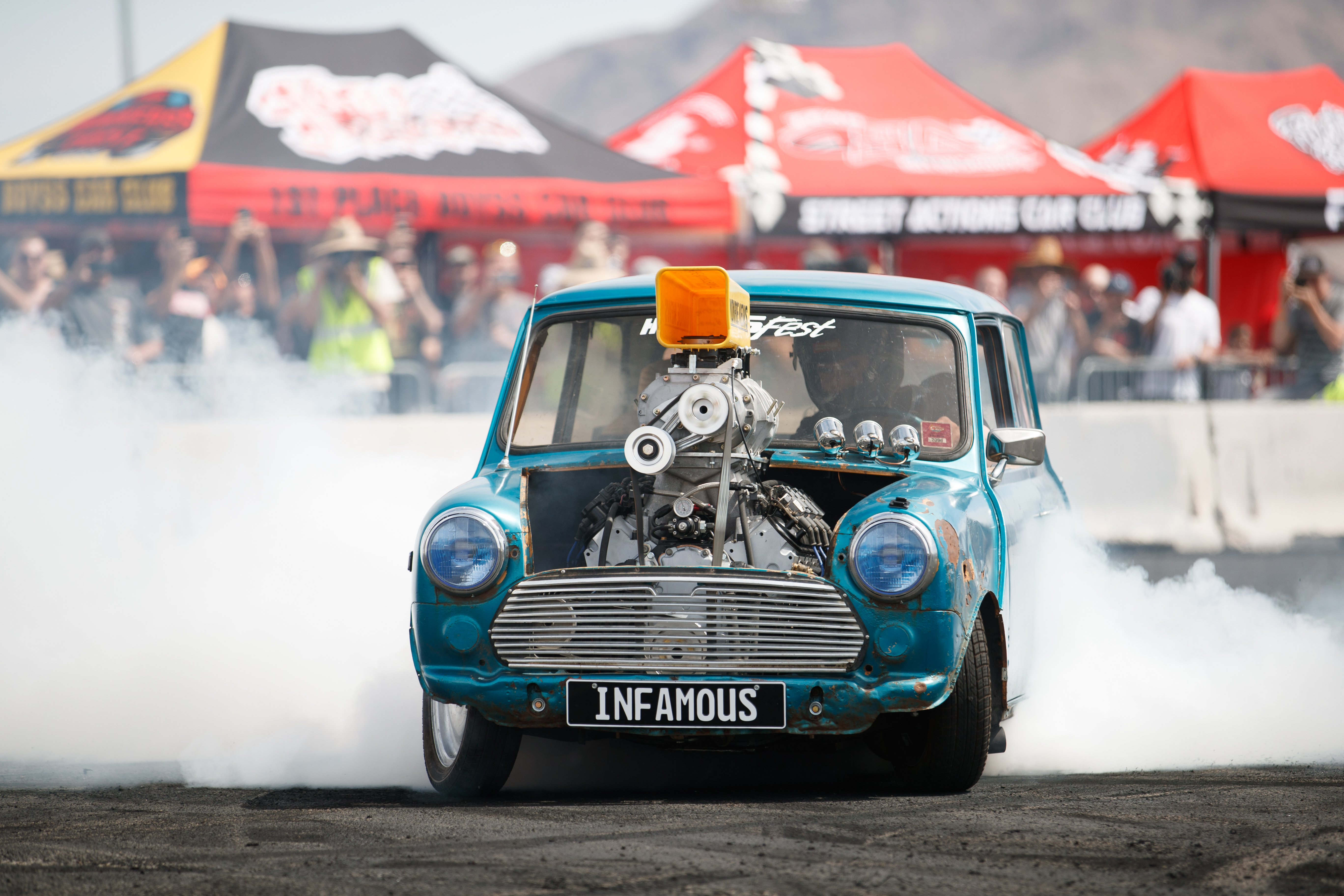 Dario Gaiga and his LS swapped (and supercharged) Austin Mini brought it all the way down from Canada to show us what he’d been working on while snowed in all winter. Among a healthy group of other burnout contestants, Dario laid it all on the line and ended up earning top honors in our West burnout challenge.

FLOWMASTER OFF ROAD CHALLENGE:
The Terra Crew was onsite at LS Fest West once again and put on a great show for the crowd. During Off Road Unleashed, their group of pre-runner style long travel trucks and buggies absolutely sent it off long jumps and mixed it up off-road in high-octane fashion. 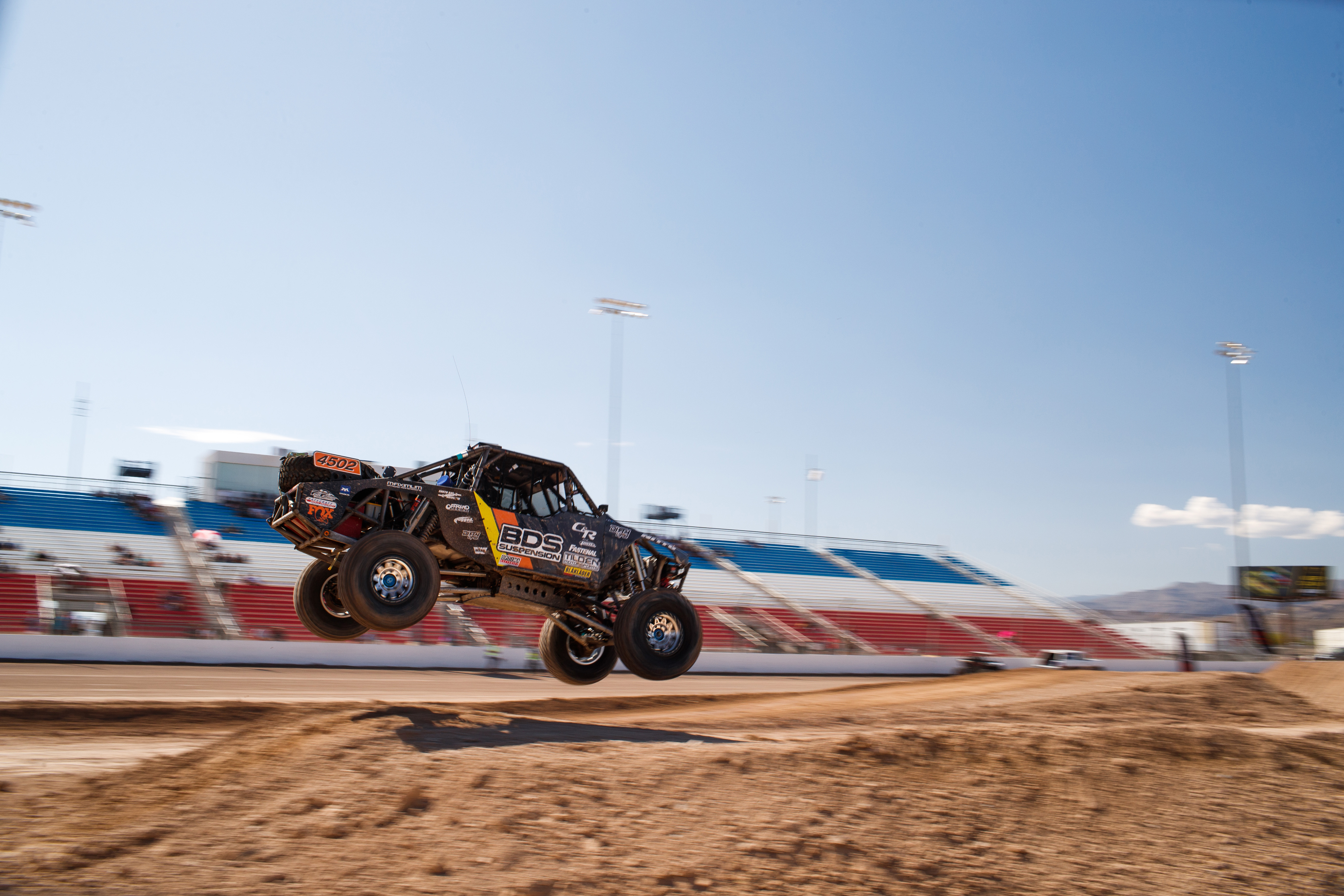 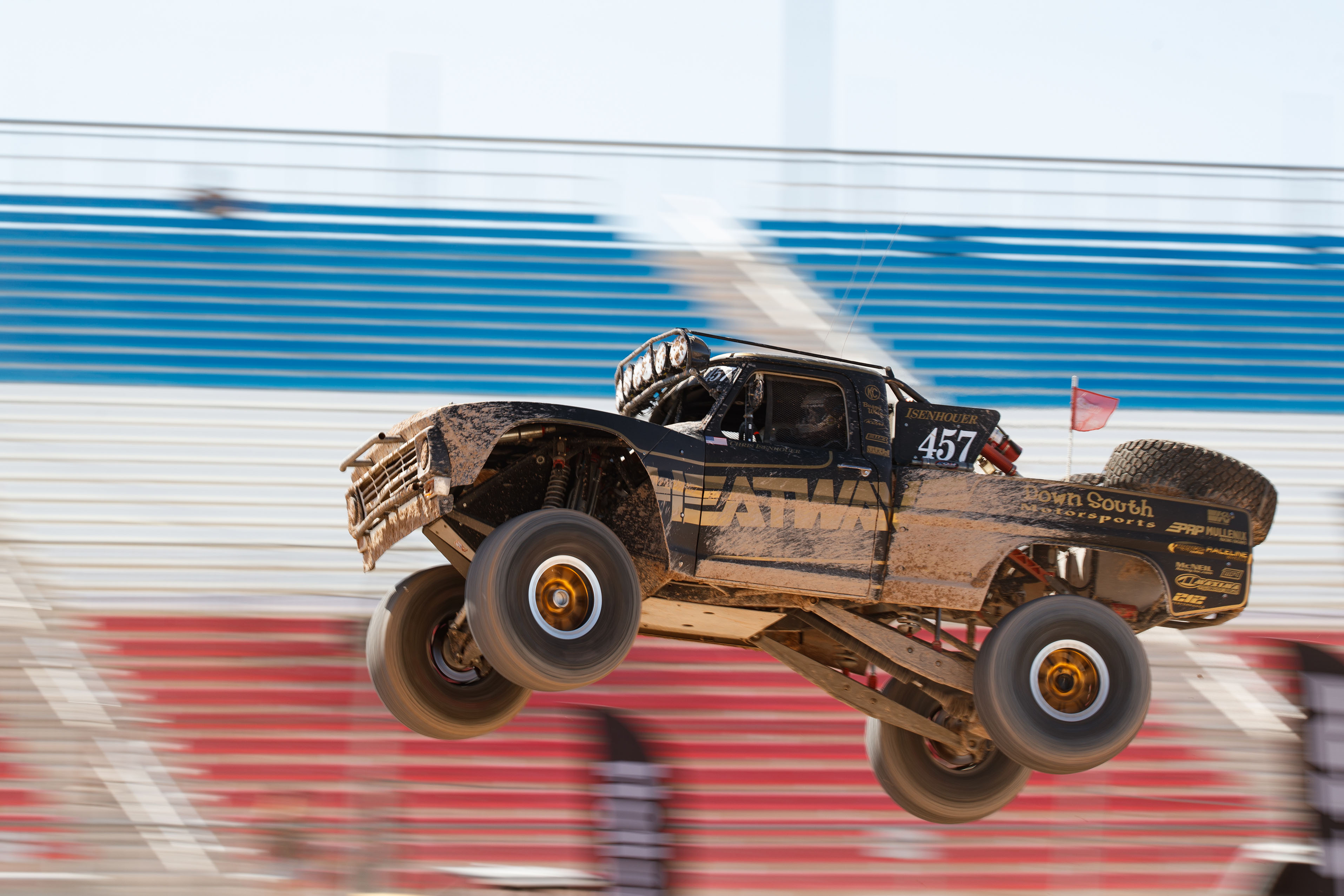 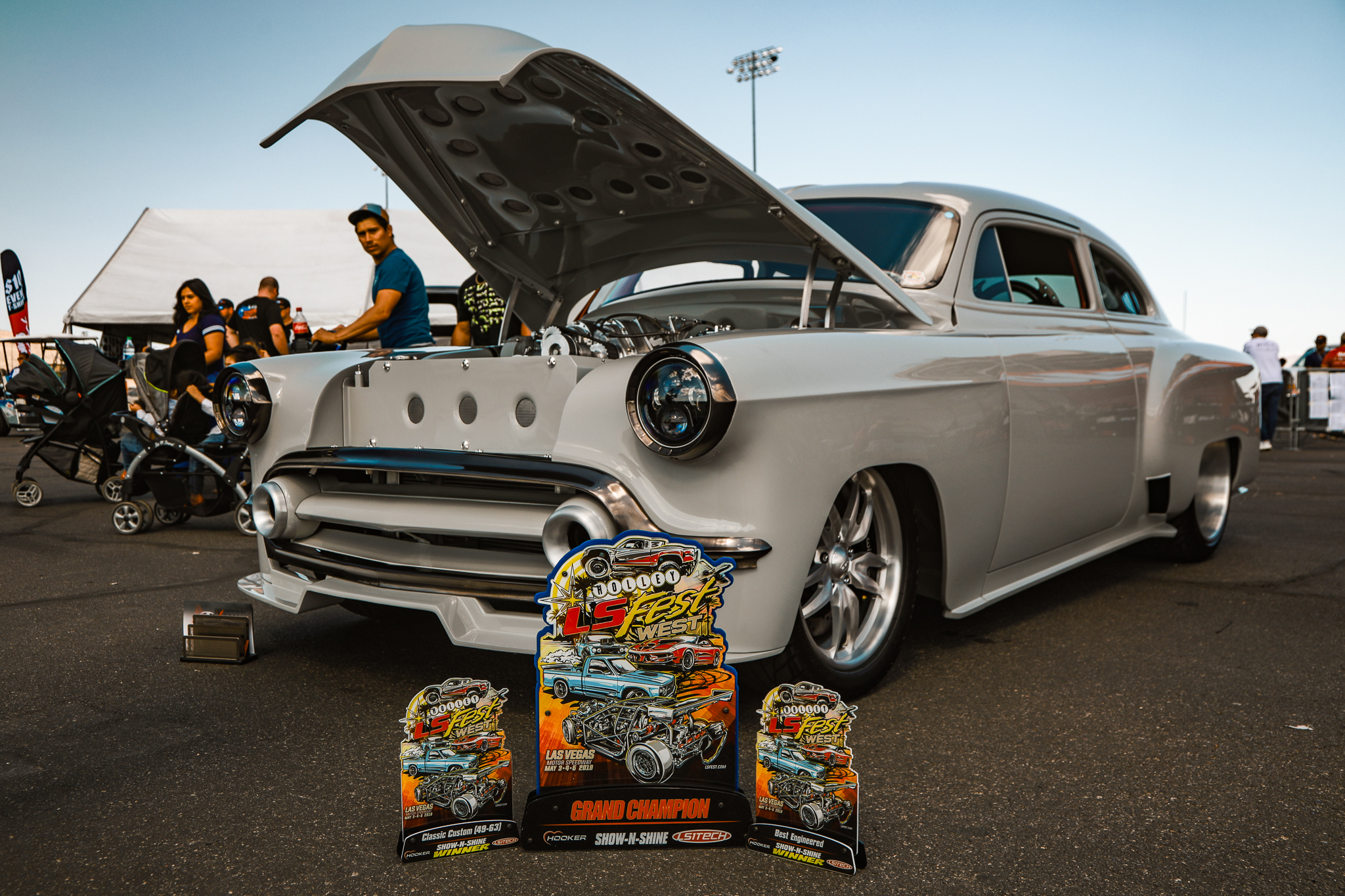 Each year we are blessed with growth in each of our event segments, and this year’s LS Fest West was no exception. The Hooker BlackHeart Show-N-Shine had more participants than ever to choose from during class judging. A total of 296 LS or late model LT V8 equipped rides came out to show off their rides and add to our best LS Fest West weekend yet!

When it comes to generating large amounts of horsepower, the LS engine rises to the task. At LS Fest West, we’re always looking to see which of our participants brings out the most powerful ride. This year, top honors in forced induction went to Cleetus McFarland and his twin turbocharged big cube LS powered Corvette, which laid down 1,352 horsepower at the rear tires! Adrian Herrada might not have been utilizing forced induction in his ride, but his Chevy Camaro’s mill was powerful enough to take first place in our naturally aspirated category with 554 rear wheel horsepower. 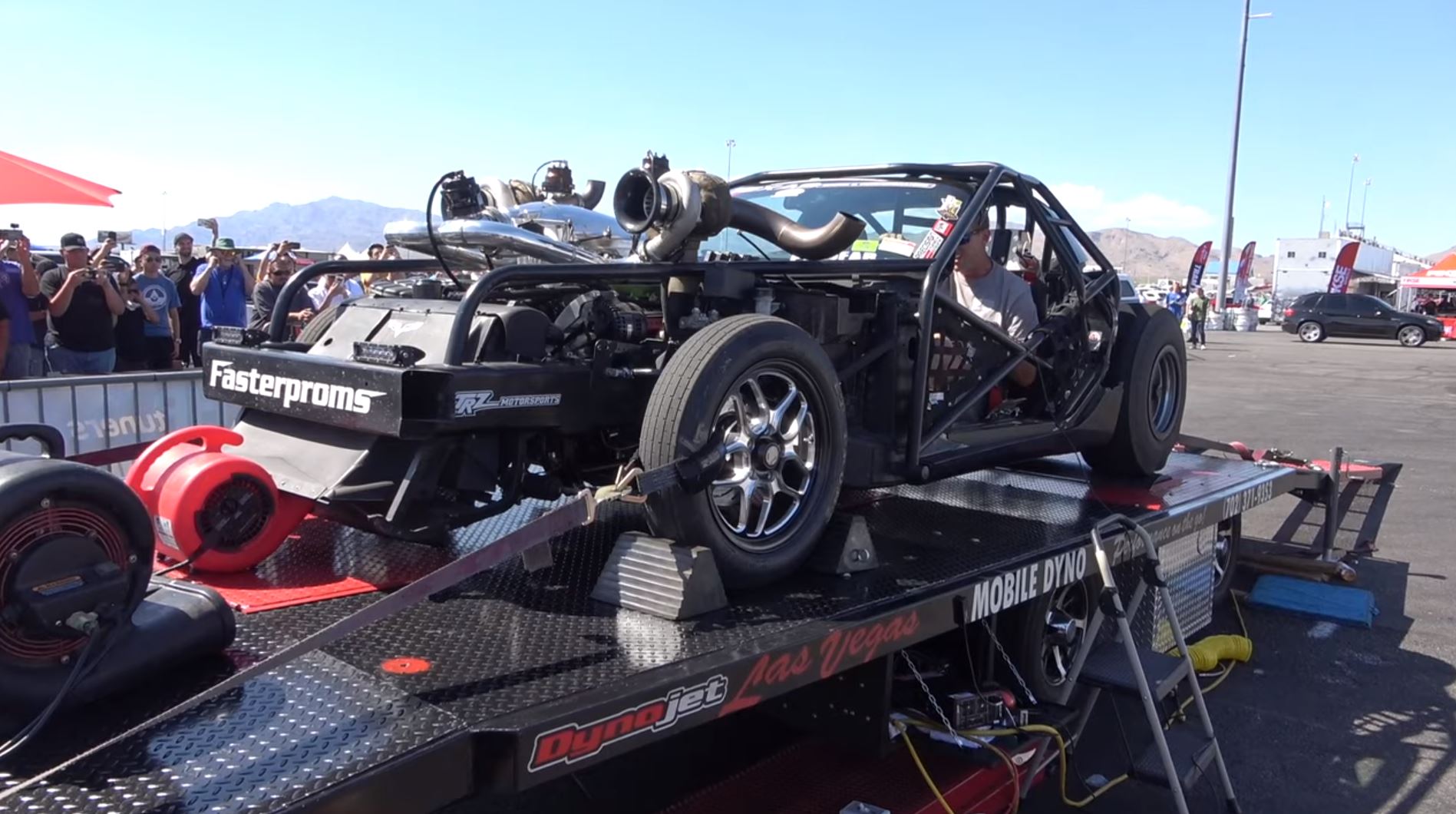 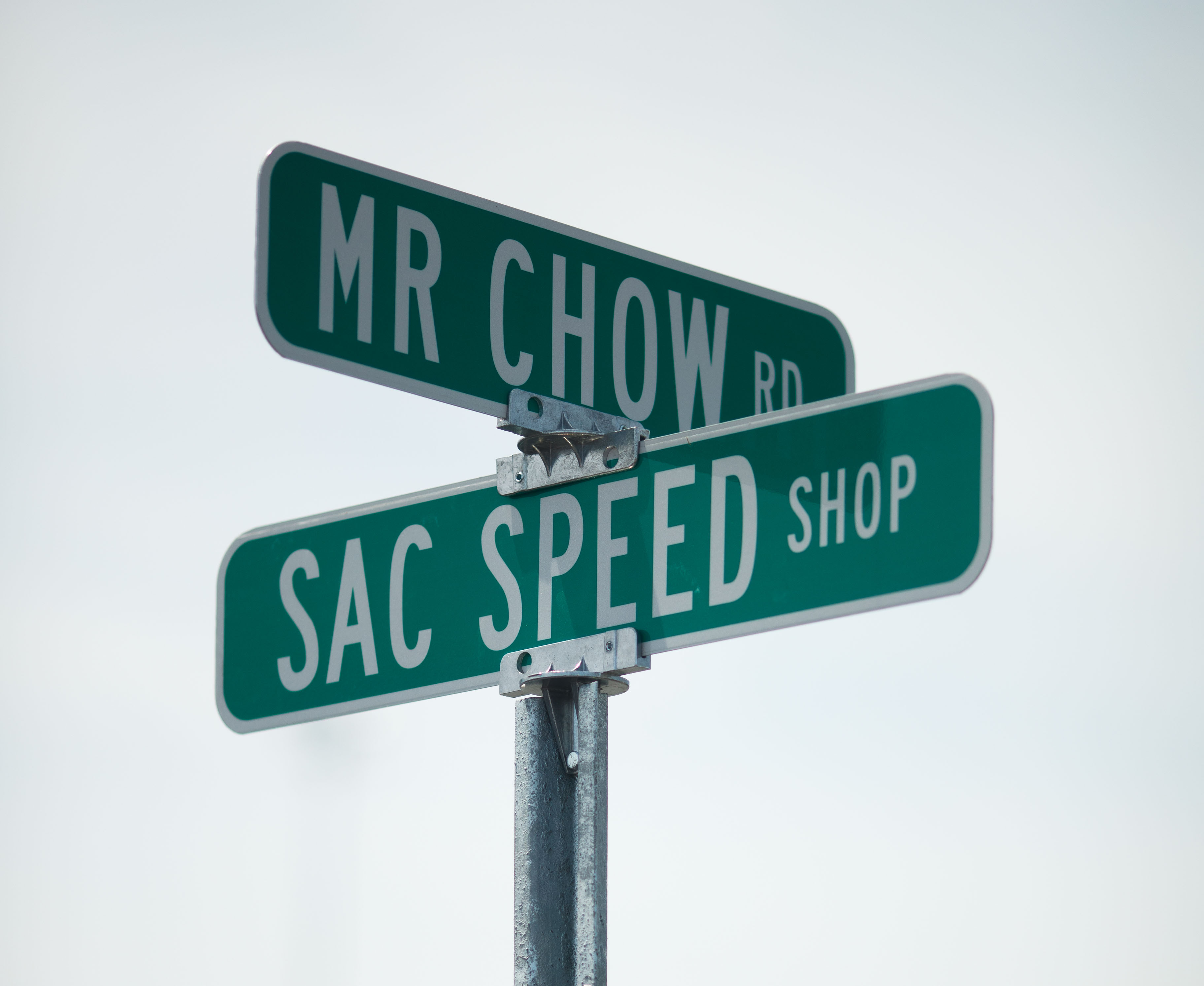 This year’s Side Show was bigger and better than ever! The crew from Sac Speed Shop brought 60 cars down from the Bay area along with a host of other Side Show participants for a total of 150 side show vehicles to Vegas. They were on-site with one mission: to roast all of their tires for the fun of it while showing the crowd their skills behind the wheel. Sac Speed Shop even hosted a feeder event at the Sacramento Raceway in Sacramento, CA in early March, which helped promote a sold out Side Show for LS Fest West! 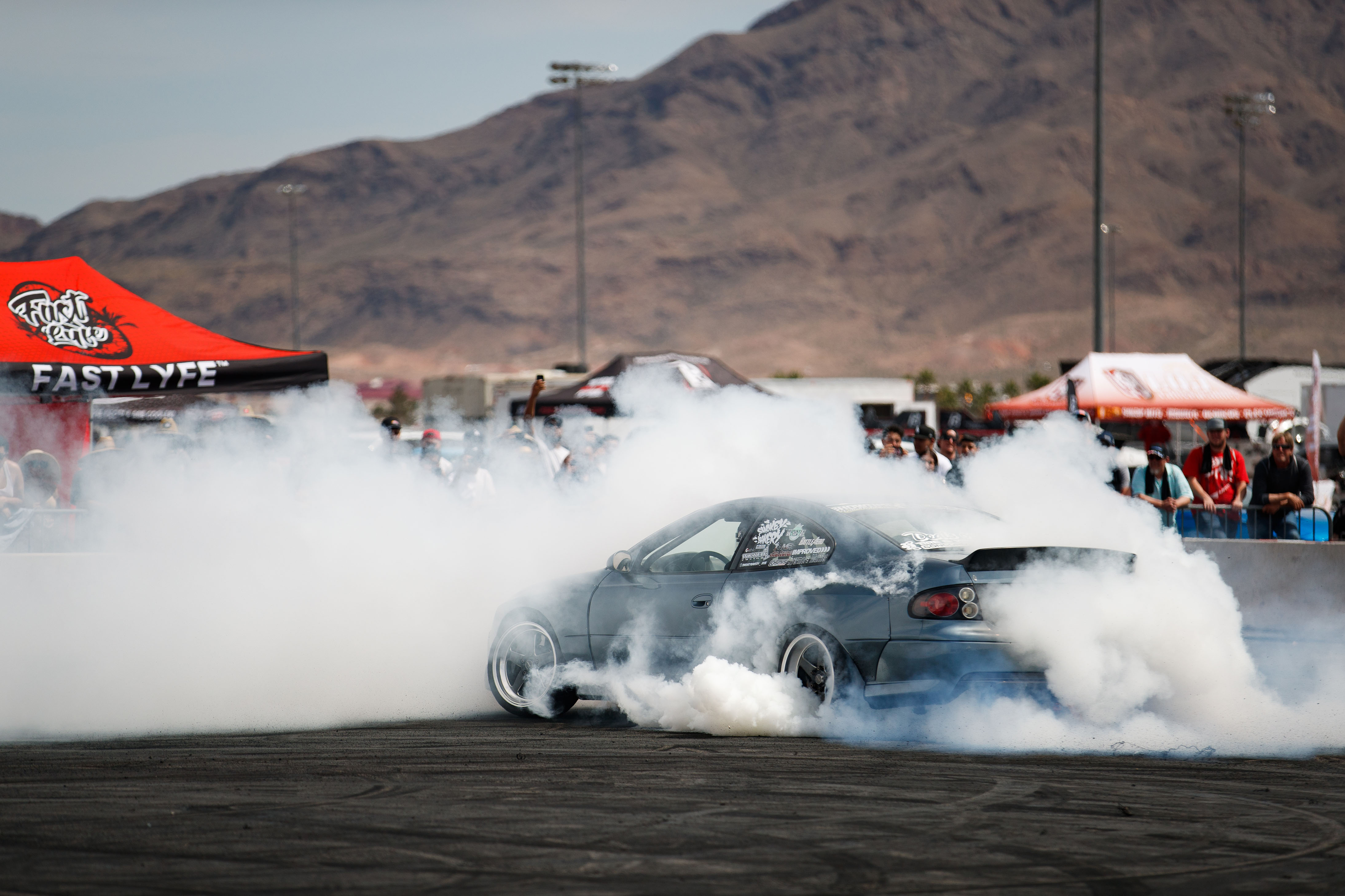 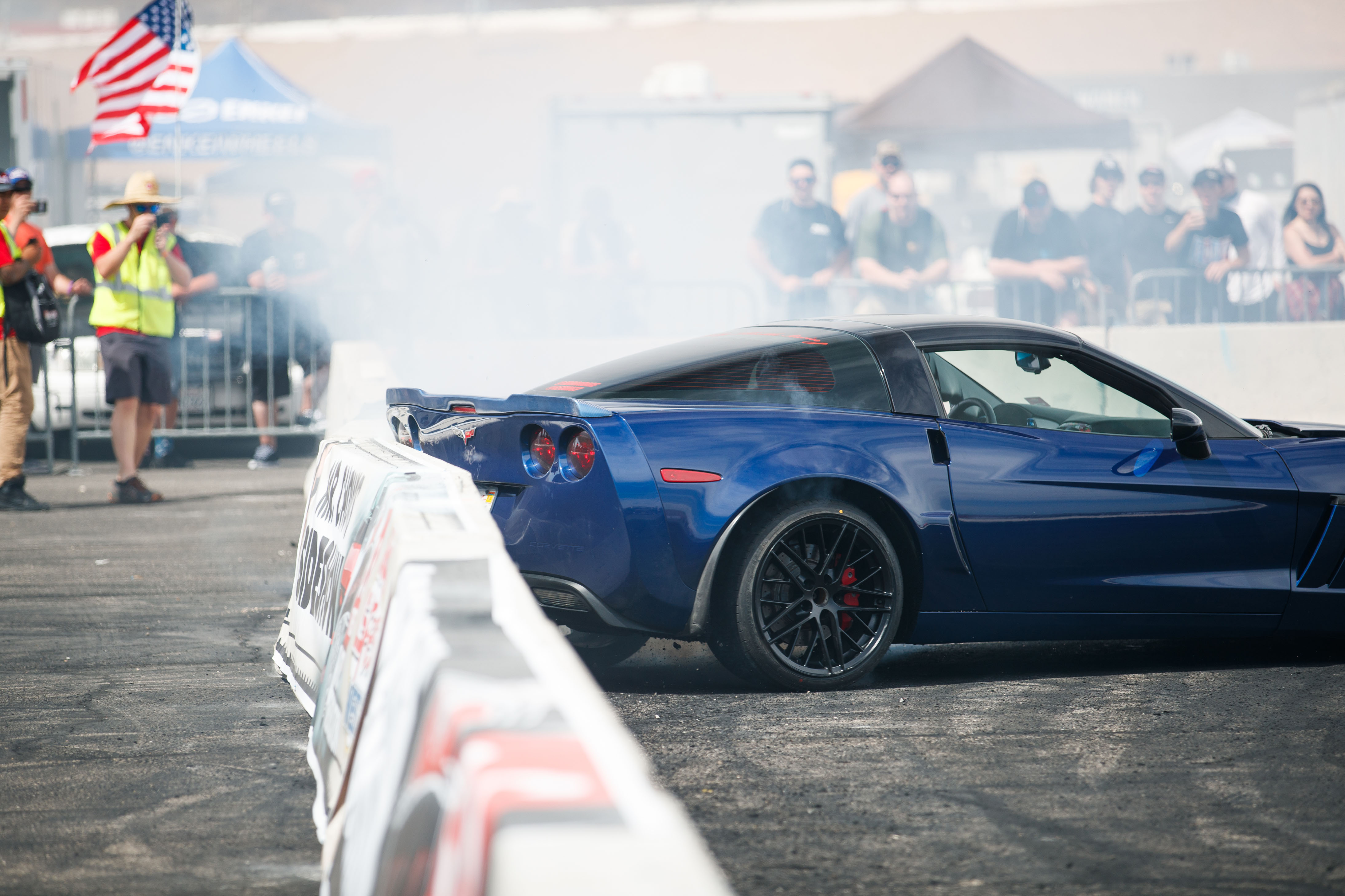 As we conclude our event recap email, just know that we are thankful to each and everyone of you who made the first year of Holley LS Fest West a success. We look forward to many more in the future. Stay tuned to our LS Fest Facebook page  and LS Fest Instagram for event photos, videos, and more that has yet to be released.