Brian Monello of Queen Creek, Ariz., dominated competition in the LS Outlaw 275 category with one 150+ mph blast after another on The Strip at Las Vegas Motor Speedway’s eighth-mile track. He got the jump on Michael Bozner off the line in the semifinals and pulled away for a 5.01 at 151.75 mph that covered Bozner’s 5.12/141.97. In the final round opposite Blade Boulon, who had ousted hometown driver John Wright Jr. in the semifinals, Monello came from behind with a run almost identical to his semifinal time, a 5.02 at 151.68 mph, to take the overall title over Wright’s 5.26/136.50

Travis Condos reigned over the LS Truck division, reeling off low e.t. and top speed of all three rounds of eliminations for a runaway victory. Condos established the overall best numbers for the category in a first-round decision over Luis Gonzalez with the only 100-plus-mph of the contest, a 6.84 at 105.50 mph. In the semifinals, he singled to an almost identical e.t., 6.87, and Kevin Leffigwell topped Brenden Kesterson, 7.87 to 9.32. With the event title on the line, Condos got off the mark first by more than three-tenths of a second, .334 to .644 in reaction time, and pulled away to win the closest race of the day with a 7.40 at 94.54 mph to Leffingwell’s similar 7.52 at 92.96 mph. 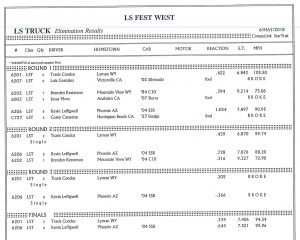 Julio Villanveua worked his way up the other side of the ladder, outdoing his opponent on the Christmas Tree in every round but the final. Villanveua left on Daniel Rodriguez by almost half a second in the opening round and got the better of two good reaction times against Sheane Piperata in a double-breakout second-round win. After advancing easily through the semifinals when No. 1 qualifier Ben Mercado narrowly fouled, Villaneua, wheeling a ’98 Trans Am, broke out in the final trying to hold off Cox, who got there slightly first anyway with a 12.25 at her fastest speed all day, 109.16 mph. 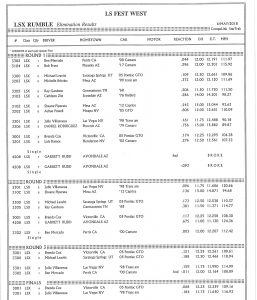 HORTON LEAVES EVERYBODY BEHIND IN SAM TECH LSX STREET KING

Robert Horton owned LSX Street King from start to finish with better reaction times than his opponents in all four rounds. Horton, driving a 10-second ’98 Camaro, had a near-perfect .010 reaction time – best of the entire event – in the final round against Richmond, B.C.’s Wayne Darby, whose powerful ’66 Nova had about 20 mph on the rest of the field. Horton raced to the final with wins over Adam Garrett, Steve Keefer, and Chad Heap, leaving first by an average of more than a tenth of a second. Darby, who set top speed for the category with a 166-mph blast, won the first round when Ryan Johnson red-lighted by the aggravating margin of just one-thousandth of a second, chased down Chris Ortiz in the quarterfinals, and earned the odd-lot bye in the semi’s. He made his quickest run of eliminations, 8.20, in the final, but broke out in doing so, handing the victory to Horton, who drilled the Tree for the .010 reaction time and recorded a winning 10.18. 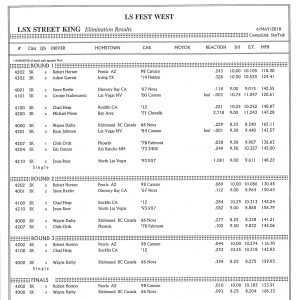 Josh Elam, who came all the way from the heart of LS Fest country in Memphis, Tenn., got the best of Dave Beem in a final-round showdown for Late Model Heads-Up honors. Evenly matched, the top two qualifiers – Beem at the wheel of a ’16 COPO Camaro and Elam aboard an ’09 Corvette – charged off the line with Elam in the lead by six-hundredths of a second. He pulled away to win a hard-fought battle with a 9.12 at 122.52 mph to Beem’s fast-closing 9.22 at 144.06. 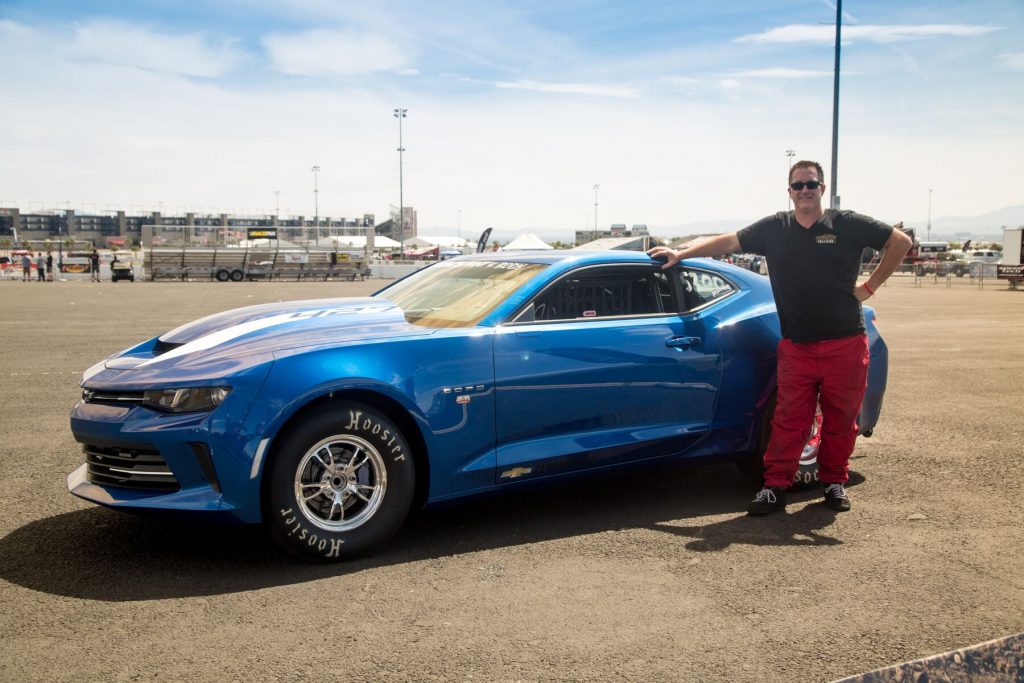 Clay Forrester of Gilbert, Ariz., trounced all comers in True Street, pounding out three quick and unerringly consistent times of back-to-back 9.286s and a 9.331 for an average of 9.301, which was more than a second quicker than the next-fastest car. His worst run, the 9.331 in the final session, was quicker than any other driver except Tennessee driver Ray Gardock, who actually had the lead going into the final session with consecutive 9.19s in his Nova. He slipped to a 13.66 on his final attempt for an overall average of 10.66 good for runner-up honors. 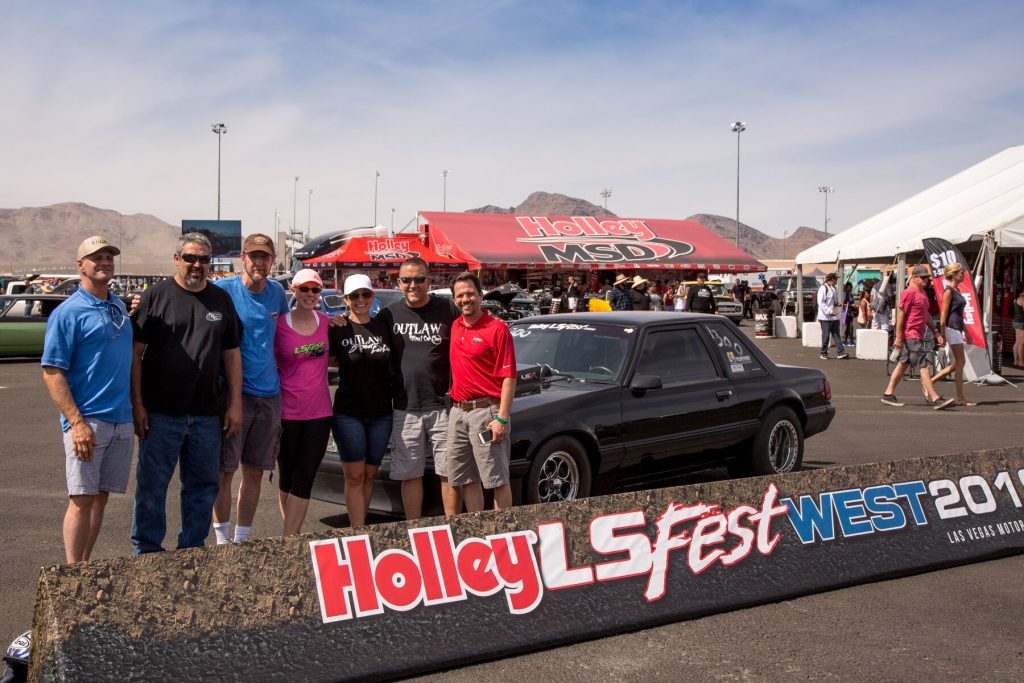 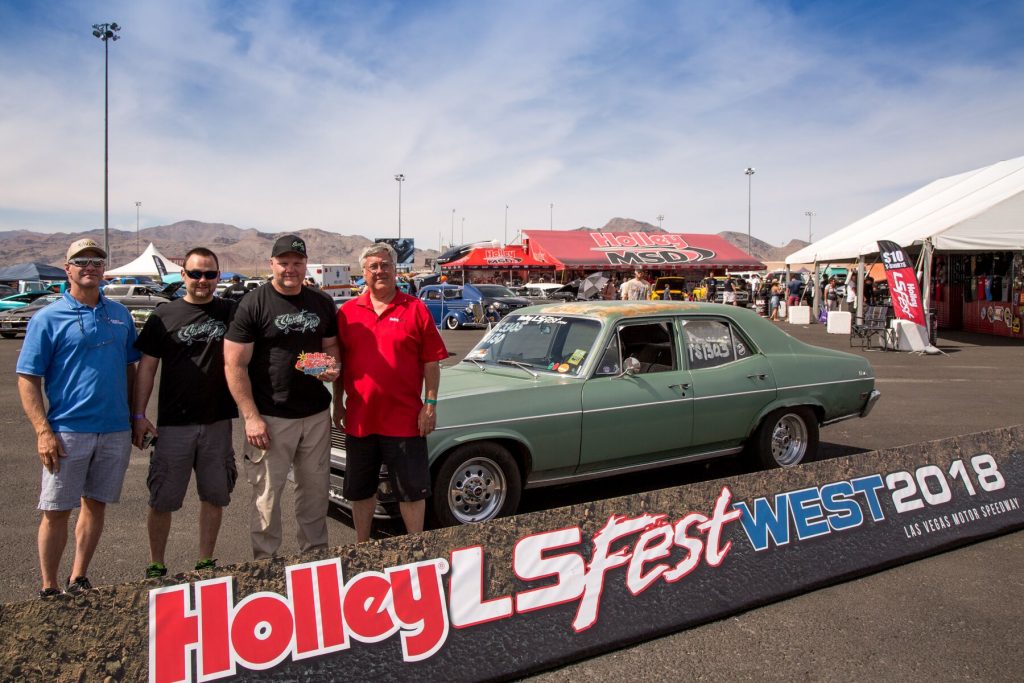 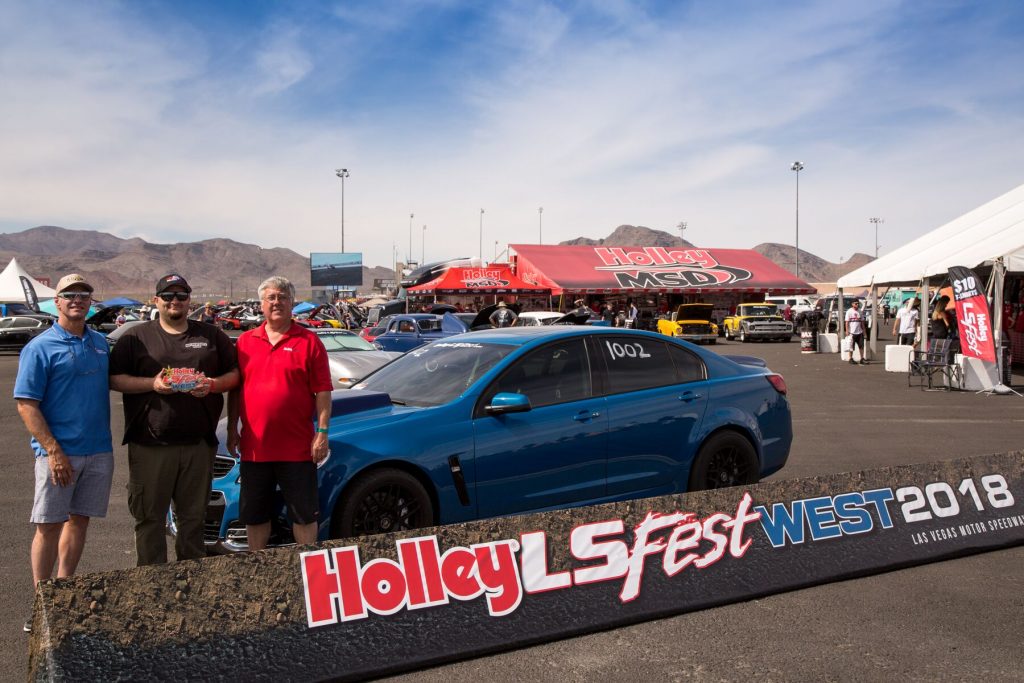 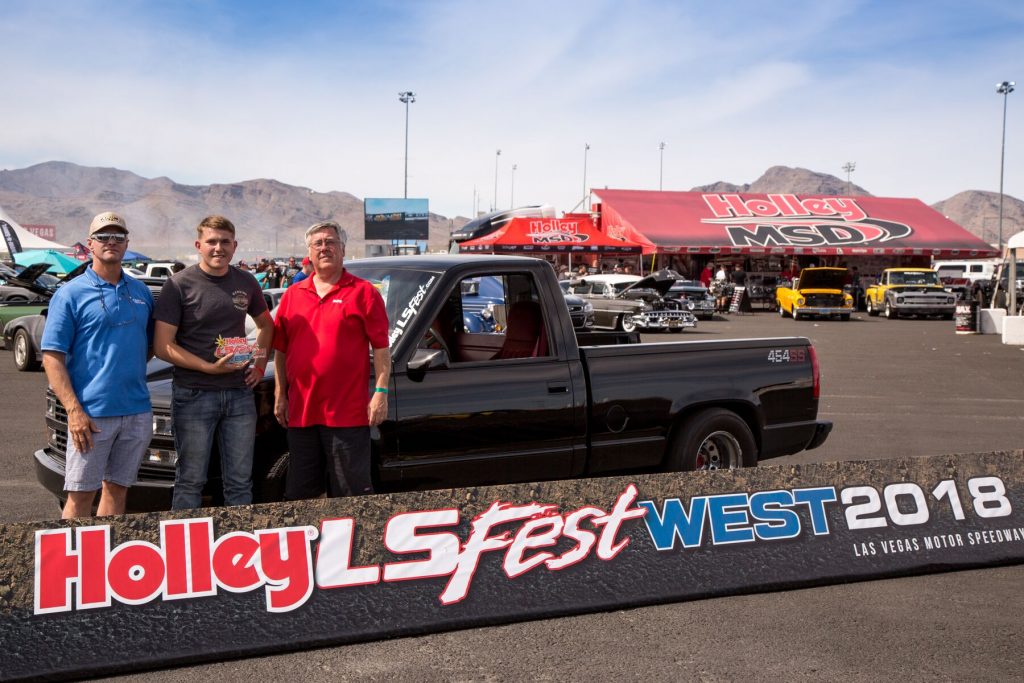 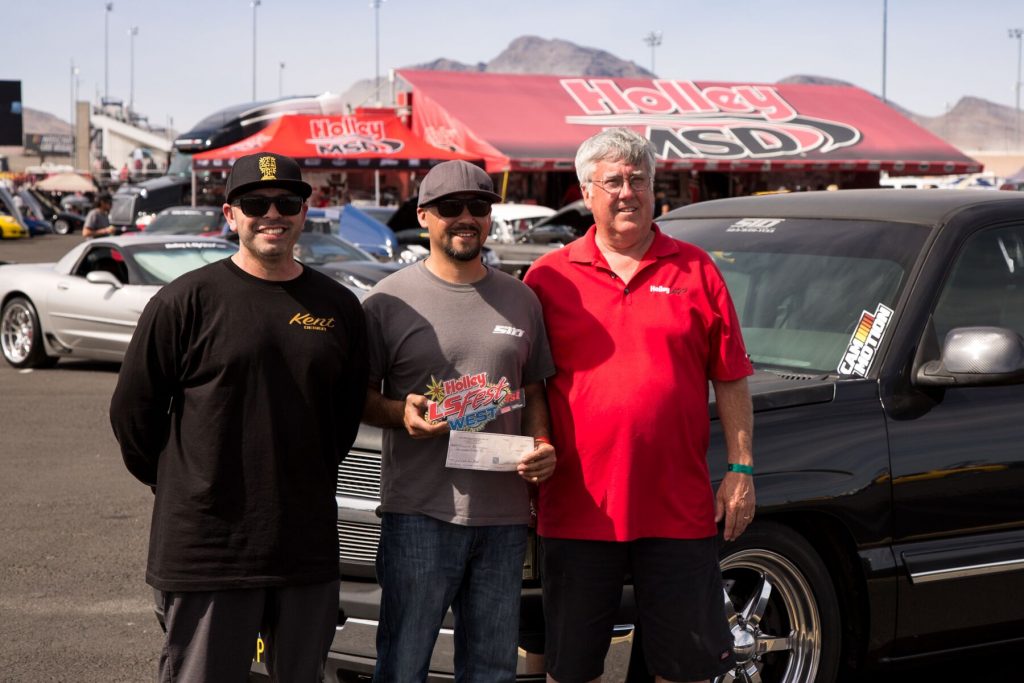 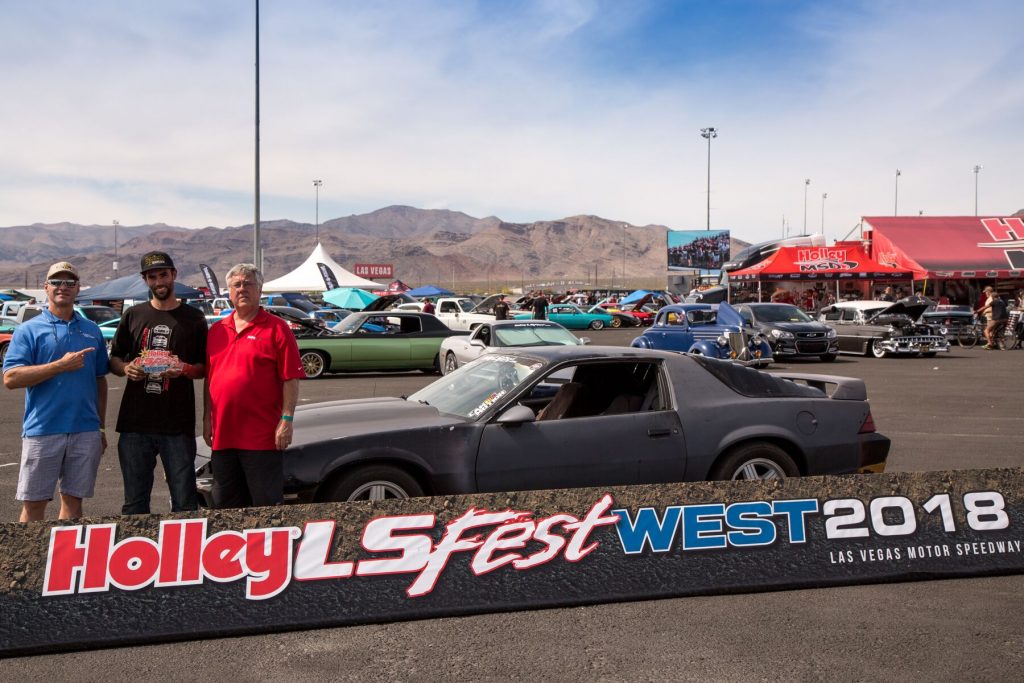