Holley’s LS Fest X is in the history books, with another successful year and thousands of vehicles on property, spectators were flooded with days of non-stop LS powered action! We’re bringing you the run-down on all of the drag racing classes for the weekend, read on for class specific information. 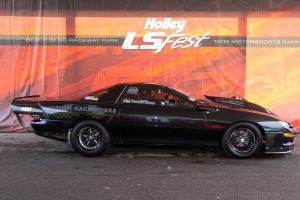 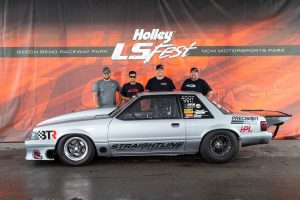 Ultra Street was packed with heavy hitters including Nitro Dave Vasser and two-time NMCA champion Jessie Coulter with their LS powered Camaro’s. Qualifying was exciting with the top two separated by only .010 of a second, Nick McGrath in his 87 Mustang squeezed out #1 qualifier with a 4.823 giving him a bye into the semi’s while Jessie Coulter and his 91 Camaro went 4.833 and continued clicking off high 4 second passes (defeating Nitro Dave in the Semi’s) to meet McGrath in the finals. Unfortunately Coulter could not finish the pass, giving McGrath the overall class win for the weekend. 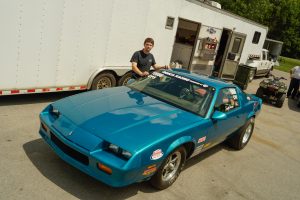 Chevy Performance Stock (CPS) is designed to be a low-cost, entry level heads-up class. Using 55′ and newer GM bodied vehicles with a factory style suspension and required minimum weight, participants race with sealed DR525 crate engines from Chevy Performance. Haley Burkhammer in her 2010 Camaro qualified #1 with a 10.217 giving her a bye run into the finals. Scotty Duncan in his 85 Camaro met Haley in the final round defeating her with a smooth 10.288 @ 128.47 mph pass to Haley’s 10.844. 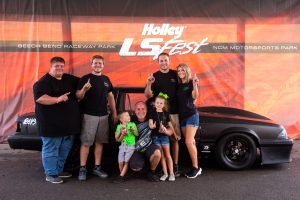 Stock Block Shootout had plenty of drama this year with big wheel-stands, engine failures and more. Adam Preston in his 90 Mustang qualified #1 with a 4.940 @ 148.10 mph after standing the car straight-up and slamming back down in Q2. Preston thrashed through the night repairing the front end to make first round and continued lighting up the boards with high 4 second passes until the final round where he squared off with Casey Rance in his 95 Nissan 240SX. Preston left first with a .081 reaction time and Rance played catch-up through the 660 running a 5.372 @ 136.40 mph but ultimately losing to Preston’s quicker 5.205 @ 135.54 mph. 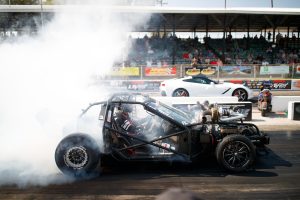 The Stick Shift Banger class was an exciting one to watch featuring two of the fastest LS powered stick shift cars in the world, YouTube sensation Cleetus McFarland in his 2001 Corvette and Jared Coconaugher in his 03 Corvette Z06. Cleetus nabbed #1 qualifier with an impressive 8.013 @ 180.60 mph, while Coconaugher made the fastest pass at 184 mph. McFarland earned the 1st round bye and would eventually meet Coconaugher in the Semi-finals defeating Jared with another near 7 second pass. The final round featured Jordan Morrow in his 92 Camaro however he wasn’t quick enough with his 9.627 @ 157.61 mph to catch McFarland and his 8.604 @ 177.14 mph run giving McFarland the win. 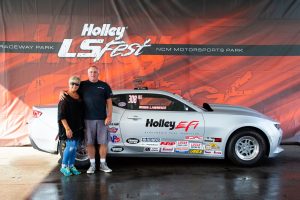 Featuring both COPO and CRC COPO cars, drivers used a Dial-in format to keep parity in the field. The final round found Darren Poole Adams in his 2018 COPO squared off against Brian Palcisko in his 2014 COPO. Palcisko left early with a -.079 reaction time running 8.864 on his 8.80 Dial-in giving the win to Adams who finished the weekend off with a 9.552 on his 9.44 Dial. 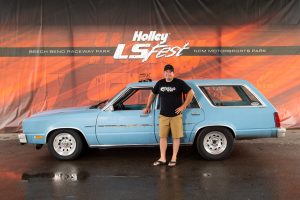 34 Cars battled it out in the Street King index class with dials ranging from 8.00-11.00 seconds and after 6 rounds we found TJ Linebaugh in his 78′ Ford Wagon taking on Matt Feltner in his 89′ GMC S15. Both drivers dialed a 10.00 ET however Feltner left a little too soon with a -.004 reaction time giving Linebaugh the victory. Linebaugh finished his pass with a 10.108 @ 135.63 MPH run to cap off the weekend. 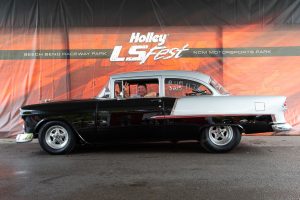 Over 70 cars competed in this years LSX Rumble Class with indexes ranging from 11.00-15.00 in the 1/4. Transbrakes were not allowed forcing drivers to be on their A-game when it came to cutting a light over the weekend. After 7 rounds of competition, the finals came down to Mike Morris in his 57 Chevrolet competing against Terry Vittitow in his 55′ Chevrolet. A double breakout match, Morris went -.003 under his dial of 11.25 to Vittitow’s -.144 under on a 11.75 dial allowing Morris to claim the victory. 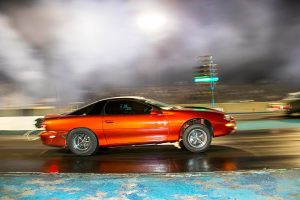 Over 50 drivers completed the True Street event this year with competitors ranging from daily drivers to purpose built street legal race machines. The field was divided based off of an average E.T. over three passes with awards being given to each class winner. 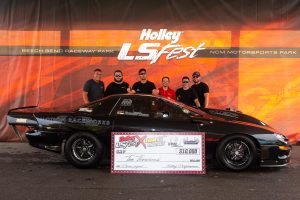 To celebrate 10 years of mayhem, a “Run What Ya’ Brung” No Time Shootout was held with 32 of the fastest LS/Gen V Powered No Time vehicles battling it out for a cool $10,000 check. Rules were limited to a 275 DR or 28×10.5 Slick and steel roof and quarters. While the clocks were off for this event, we can assure you that the field was FAST!

Anthony Manna took home the big prize defeating Michael Carpenter who ended up brushing the wall in the final round.

We want to thank everyone for coming out to LS Fest X, this has been one of our largest events to date and we look forward to another 10 Years of Mayhem in the future!